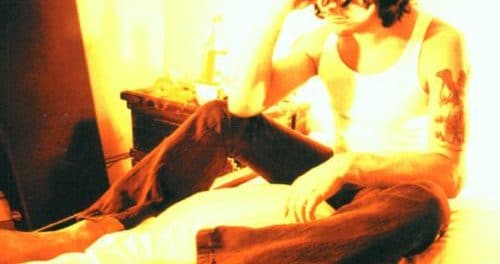 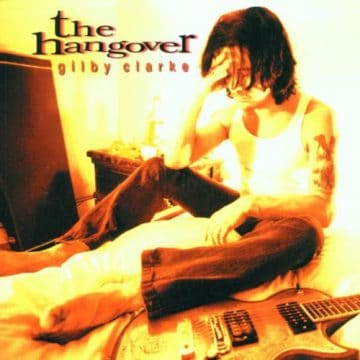 Review:
I can still remember getting bitten by the Guns N’ Roses bug and yeah, maybe due to time the memory is slightly hazy but I know for sure it involved an ’80s heavy metal magazine followed by the purchase of a cassette copy of the EP Live ?!*@ Like a Suicide. We must have blasted that mini bit of “live” rock fury everywhere we drove in early 1987. I think to this day, that and Bang Tango’s Live Injection EP are my fave live rock releases from back in the ’80s; ironically both released before each band’s debut full-length albums.

So like pretty every other hard rock fan then, I fell full on for Appetite For Destruction as well the MTV Live At The Roxy concert and before I knew it, like previous bands I dug up to that point (KISS, Aerosmith, Mötley Crüe, Cheap Trick, etc), I gravitated towards my favorite member which being a singer/songwriter myself, usually was the vocalist. But for some reason, I was more into guitarist Izzy Stradlin (I even drew a portrait of him that was featured in BAM Magazine). He just looked beyond cool. Maybe my love for early Aerosmith and ’70s era Stones had a bit to do with it but man, Izzy to me was the epitome of coolness and on the Use Your Illusion albums, I tended to lean towards the tracks he contributed to the most. So needless to say, when Izzy split, I was pissed.

When the new line-up was unveiled with former Kill For Thrills guitarist Gilby Clarke, I honestly couldn’t give a rat’s tush. At the time, Guns could have released the most badass album ever and I wouldn’t have cared. To me, Gilby was a poor man’s version of my boy Izzy and I wasn’t having any of it. Well, at least until I read a review of Gilby’s debut release Pawnshop Guitars. While a rock mag review first introduced me to Guns, it was also a piece (Metal Edge magazine) that got me fully interested in Gilby Clarke.

My band at the time had just started covering “Dead Flowers” by the Stones and The Clash’s “Jail Guitar Doors” and I read how Gilby covered both on his debut solo album Pawnshop Guitars. Add to it that the album was produced by vet guitarist Waddy Wachtell, who at the time was playing some pretty swaggering guitar with Keith Richards’ Expensive Winos and I was sold enough to run to my local record shop and grab a cassette copy… and man what a great purchase that turned out to be! I was so bored with music and the great mix of styles on Gilby’s album grabbed me like no other non-mainstream release aside from maybe Royal Court Of China’s Geared & Primed back in the late ’80s.

So now as a full on Gilby fan, I re-evaluated the Kill For Thrills albums, picked up a bootleg of the first Candy record and just went bonkers right up until I heard that follow-up The Hangover was due to be released in early fall ’97. Once again, Wachtel was on board for some guitar as well as one of my faves — Ryan Roxie whose band Electric Angels I was a pretty big fan of. After I heard of just some of the rockers due to appear, I was literally aching waiting for the album to come out. When it did, I can say that, while not as cool overall as Pawnshop Guitars (but miles better than third release Rubber), The Hangover rocks!

Once again Gilby tossed out back to back ”side two” covers, this time with completely choice versions of The Beatles‘ “Happiness is A Warm Gun” and David Bowie rocker “Hang On To Yourself.” Few know how to give new life to an old song like Gilby but it’s not just the covers that rock — The Hangover starts with a pair of great catchy original rock tunes a la “Wasn’t Yesterday Great” and “It’s Good Enough For Rock N’ Roll” followed by the very cool and punk catchy “Zip Gun.” Tracks like “Mickey Marmalade” and “The Worst” are short blasts of rock and roll before sending the album out with a kinda Beatles-glam mix in “Captain Chaos” and rocking punked out closer “Punk Rock Pollution” — the only track on the album over 3 ¾ minutes long at a staggering five minutes and twelve seconds.

If Gilby did anything with The Hangover, it was to validate how cool of a rock and roll fan he is. For it being released in a decade with a ton of empty holes as far as rock and roll is concerned, Gilby dropped some tunes that reminded me why I fell in love with rock and roll in the first place. The songs are good, catchy, accessible, and don’t go over the average rockers head while still remaining clever.

Yeah, most of the world will never confuse The Hangover with any Guns album, or maybe even Gilby’s own Pawnshop Guitars…  or even a good bit of Izzy’s stuff but as far as being a rock and roll album, it’s a gem of a listen and in 1997, was a breath of fresh rock and roll air and why not? It’s not like Guns were doing anything better at the time.

Note: The exposure of this video is NOT FOR COMMERCIAL USE, only sample.w/ Troy Patrick Farrell (drums) and EJ Curse (bass).Directed & Edited by Rocco Guari…