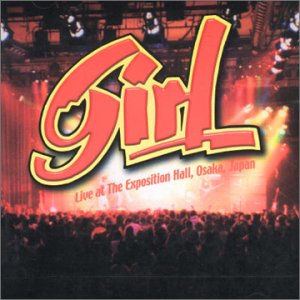 Review:
This band was ahead of their time – punky, glam and trashy with a short hair image. This group gave Phil Lewis (L.A. Guns) and Phil Collen (Def Leppard) their start. They released two records in the early 80’s (Sheer Greed and Wasted Youth) and this release represents their last gigs together as a band.

The recording is raw, very raw, with mistakes and volume drops, but gems do shine through such as “Standard Romance”, “Got Your Number”, “Old Dog” and “Overnight Angels”. This group had their own sound, jazzy/glam guitar playing with a punked up and raw presentation – hard to describe but very listenable. These guys originally got signed for a demo video they did for Jet records. The public didn’t know how to react to them, as they didn’t fit in image wise or sound wise with what was going on at the time. It didn’t help that Phil Lewis was banging Brit Ekland!

Guitar player Gerry Laffy describes their sound best in the liner notes as, “New York Dolls if they could play or Duran Duran if they had balls!” Phil Lewis still tours with L.A. Guns and Phil Collen is still rocking with Def Leppard. Buy this release if you can find it, a great band.