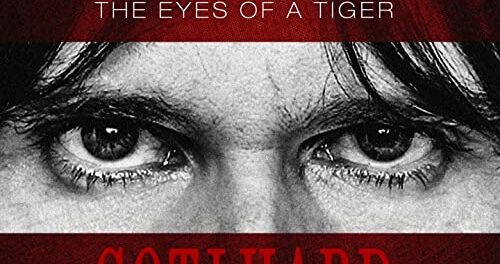 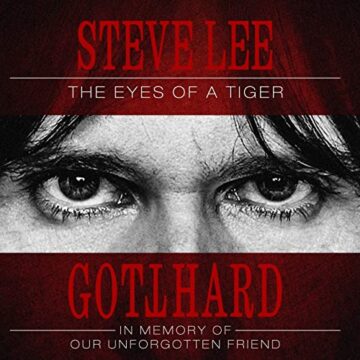 GOTTHARD
STEVE LEE – THE EYES OF A TIGER: IN MEMORY OF OUR UNFORGOTTEN FRIEND
Released on October 2, 2020 (Nuclear Blast)

Review:
Steve Lee comes back to life on the latest Gotthard release. Precisely on the tenth anniversary of his death, the vocalist is being honored by his eternal colleagues Leo Leoni (guitar), Hena Habegger (drums), Marc Lynn (bass) and Freddy Scherer (guitar) along with his replacement Nic Maeder, with the compilation Steve Lee – The Eyes of A Tiger: In Memory of Our Unforgotten Friend, in which some of the band’s greatest hits are remade acoustically and, to some extent, in a really experimental type format.

Obvious choices for the repertoire, like the ballads “One Life, One Soul”, “Let It Be” and “Heaven” share space with the likes of “Lift U Up” and the band’s version of Deep Purple’s “Hush” converted into an almost country ballad with the participation of The G-Strings. The album also features the Italian composer Nicolò Fragile (piano on “First Time In A Long Time” and “In the Name”) and Ernesto Ghezzi, playing the same instrument in the unintended response to today’s post Covid-19 madness “Need To Believe”.

In the final stretch, you can find two versions – one acoustic, the other electric – of Survivor’s classic “Eye of the Tiger”, which is kind of a heritage tribute from ’80s pop culture. Here’s a tip for Sylvester Stallone if there is a Creed III sequel. In addition, on one of the three digipak packs, you can read the message “…it was as if we were all together again — as it always used to be!” clearly conveying that additional praise must be given to technology, for making this “meeting” possible for the musicians and, for us fans, 54 minutes of heavenly hard rock majesty. R.I.P. Steve Lee.

Gotthard‘s “The Eyes of A Tiger” tribute video for Steve Lee: