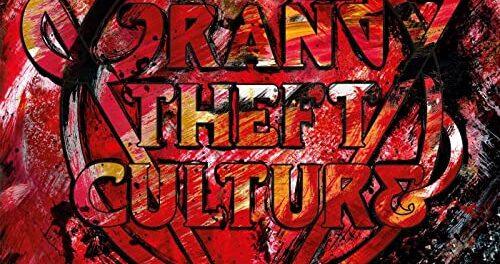 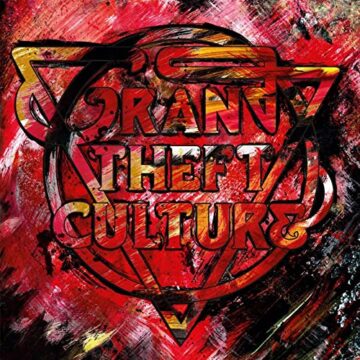 Review:
The self-titled debut of Grand Theft Culture was released in 2017 and seems to have gone by quietly. Surprising, because this is close to a masterpiece. Close. The first thing I heard of Grand Theft Culture was the single “Down The Line” they had released to promote their prior EP. It was a very interesting track that stuck in my head for days. So I had to get their self-titled debut album that has “Down The Line 2.0” on CD. Yes, I still want everything on CD. That proved to be bit of a challenge since they only released the CD in Japan. My version therefore has what I can only assume to be a very informative Japanese booklet. Vinyl is apparently easier to obtain for the rest of the world and obviously you can stream it. And you should.

Grand Theft Culture are a very talented band. They play hard rock with a bit of a twist. They use a lot of samples. Now this might indicate Grand Theft Culture are a very modern sounding band, but they are not. A lot of their inspiration and samples stem from older music. A nice touch and a very good example is the track “No More” which uses a very old blues sample crafting a superb song. And they have done this impressively well over the major part of the album. The other single “Spinning” is a good indication of what to expect as well.

The first track of the album is just an intro, but from “Burn” all the way to track “Time”, Grand Theft Culture are absolutely on fire. This is brilliant stuff. The samples, pianos, guitars, vocals and compositions are nothing short of genius. Far into the album, I started to think this is a flawless effort, but then it hit some bumps. The experimentation got the better of them on track number nine “A.Y.H.!?”, which is a weird song and a bit redundant. Another questionable choice is the bluesy track “The Garden” that comes next. It takes away the flow the album had. The official last song “Just Begun” is more in sync with the beginning of the album, but the damage is done. And finally, there is a secret song that was better kept a secret.

All in all, there is a lot to enjoy on this album and most of it is at the beginning of the album. Three quarters of the album is absolutely phenomenal. I still play it a lot. Unfortunately, three songs do not quite fit in. Obviously, any artist has great creative freedom, but I feel that without these songs, the album would have been nothing less than perfect. I hope Grand Theft Culture will do a second full-length album soon and finish the masterpiece I know they can make.