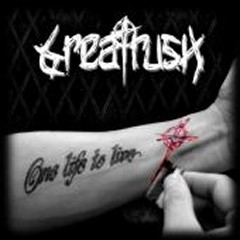 Review:
As every Sleaze Roxx reader knows by now, Sweden is ‘the place’ for exciting young bands emerging at an ever-growing and seemingly endless pace. It’s very seldom that I’ve been disappointed by one of these Nordic newcomers, but unfortunately Great Rush manage to do just that with their debut EP One Life To Live.

Every now and then there’s a promising element within the four songs (and one short instrumental) offered here, such as the Hellacopters meets Dire Straits (yeah, you read that right) riffage on the title track or the catchy chorus of “Tiger Effect”, which is the strongest song of the bunch, slightly reminiscent of early Backyard Babies. But for some reason Great Rush can’t squeeze and fit all the pieces into one successful song — either the vocals sound out of place, as in the third-rate early Papa Roach sounding “Bloody Sunrise”, or the songwriting simply isn’t done that well as on “Another Man’s Girlfriend”. The singer’s accent sometimes even reminds me of Rammstein, a comparison I’m definitely not looking for when reviewing a sleaze rock band.

I really don’t want to be too hard on these probably very young fellows, but if they want to take the whole thing to another level they have to work harder in the songwriting department. Granted, the singer’s voice will still not be my cup of tea, but somehow I got the feeling they’ve got a good song ahead of them. Until then there are plenty of bands who do it better than Great Rush.