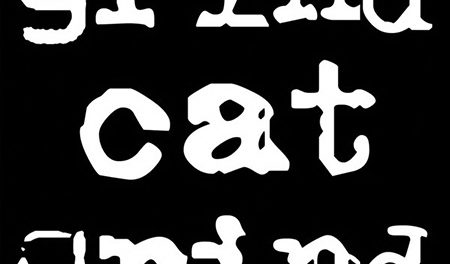 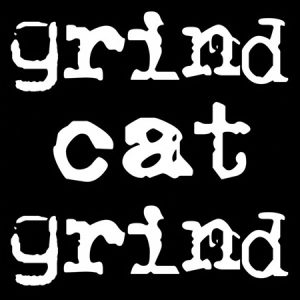 Review:
Once again, Sleaze Roxx brings you the best in bands you’ve never heard of!  Grind Cat Grind are hitting it huge in Denver, Colorado, USA and getting wider attention with their new self-titled album. Impressively, Grind Cat Grind have only been together a mere 14 months prior to unleashing a pretty solid nine-song offering to the world with their self-titled debut album.

Chris “Rail” Chamberlayne on vocals sounds like a rough version of Jesse James Dupree of Jackyl fame mixed with Overkill’s Bobby “Blitz” Ellsworth. The production is raw and unpolished, which just adds to the sleazy feeling surrounding the whole album.  There are some rough spots that make listening a little difficult at times; the drum sound on “Slide Action” is flat, but the song itself is written well enough to overcome this deficiency. “Servants In The Weather” is a good rocker, opening with a Judas Priest like “Private Property” guitar and searing but which occasionally has off-key vocals (at least to my ears). What’s a little hard rock without something being off-key sometimes?

“Pan Am” is a decent little shuffle which has a cool riff. “Catherine Wheel” is an interesting listen the first time or two, but the plodding, grunge-like melody and quirky singing leave me cold. “The Mattress Always Knows” is mid-tempo and pretty angry. Chamberlayne again pulls off nastiness with this singing and the rest of the band follows. “I Have Seen Things” is not exactly thrash but really does sound like early “Welcome To The Gutter” Overkill. The closing track “Crack In My Head” may be my pick of the litter. It combines every ’80s Sunset Strip element into a four minute song. Watch the live version below, or check out Soundcloud for the demo.

Congrats to Grind Cat Grind for issuing their first full-length record. I wouldn’t be surprised to see these guys hone their act a little more and than get noticed by a label or two. Sadly, there are only a few fan-cam videos out there on YouTube, but you’ll get the idea pretty quick.