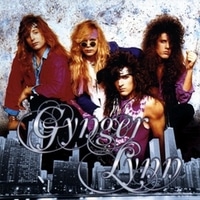 I will say this though, if the entire CD sounded like the first track “Dirty” these guys would have been criminally underrated. The song is a balls-to-the-wall rocker that has a lot in common with the energy that Kix displayed during their heyday. Unfortunately, aside from “On My Way”, none of the other songs come close to this one. Although I do find myself also enjoying the Sunset Strip influenced “I Love The Lights”, the moodier “One And Only”, and the irresistibly pop-tastic “Tell The World” in which vocalist Dean Pressley reminds me of bubblegum version of Dee Snider. When Gynger Lynn really rock they are able to reach the heights of early Kix, but when they venture into the ballad and mid-tempo realm they sound like an endless list of unsuccessful regional bands.