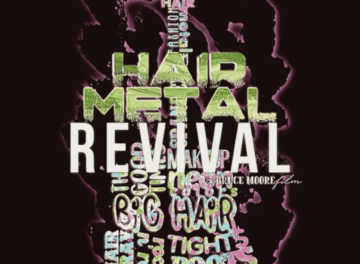 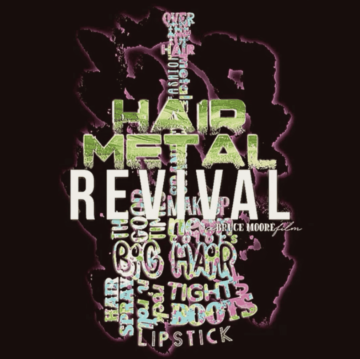 Review:
Hair Metal Revival — two of those words go hand in hand while one of them does not fit. Say what you will about the term “hair metal”, just about everyone who has listened to music back in the 80’s will know what those two words are supposed to portray. To me, it means the party rock side / music of the 80’s hard rock and heavy metal scene consisting of the bands that produced some of the most anthemic songs of all-time including Mötley Crüe, Ratt, Cinderella, Poison, Bon Jovi, Guns N’ Roses, Twisted Sister, Dokken, Skid Row and the list goes on. The one word that I would not attach to “hair metal” at this time is the word “revival.” Perhaps you just got me on a negative take of the industry but I just find the “hair metal” scene getting smaller and smaller as time goes on. There are of course pockets in the world where it seems to be doing a bit better or perhaps experiencing a “revival” such as the Scandinavian countries (mainly Sweden), and the bigger 80’s era bands can still draw the crowds in as witnessed by The Stadium Tour, but aside from that, I don’t see the “hair metal” genre as experiencing any kind of significant “revival.”

I was therefore intrigued to see what the documentary Hair Metal Revival was all about. Prior to the documentary’s release, I found it a bit puzzling that the featured groups consisted of King Zebra (Switzerland), Bad Baron (Finland), Starcrazy (Australia), Wicked (USA), Wrathchild (UK), Kill City Kills (Russia), Cruzh (Sweden), Night Laser (Germany), Midnite City (UK) and Enuff Z’Nuff (USA). Nothing against any of those bands but I would not have chosen any of those groups as leaders in any kind of a “hair metal revival.” Bands like Crashdïet, Hardcore Superstar and Crazy Lixx are worthy of being called leaders in the hair metal renaissance but Bad Baron, Cruzh and Starcrazy — I don’t think so. Only two of the featured bands (Enuff Z’Nuff and Wrathchild) in the documentary Hair Metal Revival were part of the 80’s hard rock golden era and I highly doubt that either one of them are selling out arenas or even small theatres by themselves at this time. It’s not a knock against those bands because let’s face it, even some of the bigger 80’s bands such as Dokken couldn’t likely do it now.

I was actually surprised that I was not familiar with two of the bands featured in the film. I expect as Sleaze Roxx‘s editor-in-chief that I would be familiar with most bands that would be “big enough” to be featured in a hair metal documentary. However, that is clearly not the case. Australia’s Starcrazy apparently play “retro glam with a hint of Rush” and seem to have one album under their belt while UK’s Spyder Byte have been around for a decade, although they did go on a bit of a hiatus early on. I suspect that the average “hair metal” fan and even many Sleaze Roxx readers will not be familiar with bands such as Germany’s Night Laser or  Finland’s Bad Baron, even if those groups have previously been featured in Sleaze Roxx. All this to say that many of the featured bands on Hair Metal Revival will likely not be the reason that you end up watching the documentary.

Fairly or unfairly, I tend to judge all music documentaries to two of the best ones that I have seen — Anvil‘s Anvil! The Story Of Anvil (2009) and Quiet Riot‘s Well Now You’re Here, There’s No Way Back (2014). Both documentaries told a story, albeit of only one band, and took you through the highs and lows that each group would experience in kind of “real” time. There was a great flow to each documentary, some funny moments and sometimes brutal honesty on how tough things really were. Hair Metal Revival doesn’t do that and seems to adopt in large part the format in The Decline of Western Civilization Part II: The Metal Years except without much, if any, live footage and with some lower tiered bands. All of the group members that were interviewed in Hair Metal Revival seem to talk about the feel good power of the hair metal songs / image, and although some of them are all dolled up — the Wicked guys have a real cool look to them with their mainly white ensembles — having guys dress up in their sisters’ clothes and wearing make up was admittedly cool in the 80’s but I hardly see any guys in their 20’s dressing like that anymore, unless they are in a “hair metal” band. Back in the 80’s, half of the kids wore rock t-shirts at my high school. These days, you would be hard pressed to find one kid wearing a rock t-shirt in an entire school.

I think the two Night Laser and two King Zebra members were probably the most accurate when  it comes to describing what the actual hair metal scene is like these days. The Night Laser guys used words such as “small” and “exclusive” which rings true for a lot of the concerts that I have caught over the years. Having four to ten people in an audience at a show is “ok” when a band is first starting out but might be viewed as catastrophic if you’ve got a couple of albums under your belt. I agree with King Zebra frontman Eric St. Michaels that one band that seems to have ushered a hair metal revival is Steel Panther. I readily admit that I haven’t caught any concerts in Europe (except for R.E.M. in 1995 — don’t ask) but the only live band that has made me feel time and time again like there is an actual hair metal revival is Steel Panther. At a Steel Panther concert, you can find quite a few people dressed up in 80’s gear and generally a younger aged audience, which to me are two sure signs of a “hair metal revival.” Sadly, Steel Panther aren’t part of the documentary.

It would have been cool to see some live footage from any of the featured bands but none is seemingly offered during the documentary Hair Metal Revival. When you, as the viewer, have no clue as to how many fans that the featured bands play to, it’s hard to gage how the “hair metal revival” is really going. After viewing the documentary Hair Metal Revival, I feel that some mainly unknown bands had the opportunity to express their love for the “hair metal” scene or at least, what it used to be like back in the day; it seems that Crashdïet are largely seen as having spearheaded a hair metal resurgence in Sweden / Scandinavia; and, it is still unknown to me whether there is an actual “hair metal revival” at this time.