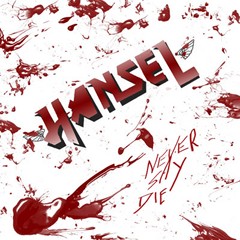 Review:
When Sleaze Roxx first featured Hansel over a year ago, no one was exactly sure how to take them. Dressed up like kids heading out to a Halloween party, it wasn’t clear if Hansel were embracing the glam genre or making a complete mockery of it. The music speaks for itself though, as their brand of melodic glam is so damn catchy you’ll be singing along in record time.

Unlike their countrymen that usually specialize in barroom boogie, this Australian band is anything but. They are far removed from the AC/DC brand of success, instead Hansel is an efficient melodic glam band. Even though the band claim to have toughened up their sound, stylistically not much has changed since the Mission To Rock EP. The lone song from that EP re-appearing on Never Say Die is “Murder 101”, a track so syrupy sweet it works.

With lots of melody and pop sensibilities Hansel offer up a pleasurable hair metal CD with Never say Die. Some of the best on the new album are “On The Run”, the darker “Wild Tonight, the glam-tastic “Eruption” and “Rocketship Of Love”, and the funky “1-800-Pleasuretown”. If ballads are your thing “Between A Rock And A Hard Place” should whet your appetite, it also is the song that has the most cross-over appeal for the band. Hansel isn’t afraid to layer their guitar driven glam sound with keyboards and the tight production gives the entire affair a massive stadium rock sound. These guys aren’t out to change the world, or find a cure for cancer, they are just here to have fun… and Never Say Die offers ample amounts of that to listeners.

People may, and will, call Hansel poseurs or a farce, but once you allow yourself to get in on the joke you might be surprised. Are these Aussies for real, or are they following the same path as Steel Panther? To be honest I’m still not sure, and if you’re asking yourself those questions I think you’re missing the point. Never Say Die is infectious fun in the same way Poison‘s “Unskinny Bop” was… nothing more, nothing less. I think the key to embracing Hansel is to not over analyze them, just let your guard down and enjoy some perfectly constructed pop-metal songs. You might want to do it in the privacy of your own home however, or your friends may call you several derogatory names.