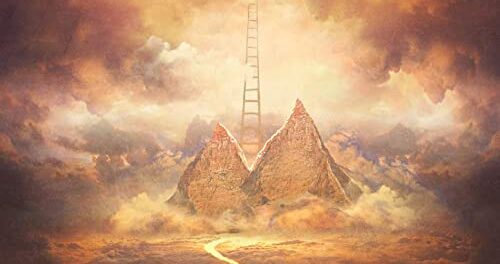 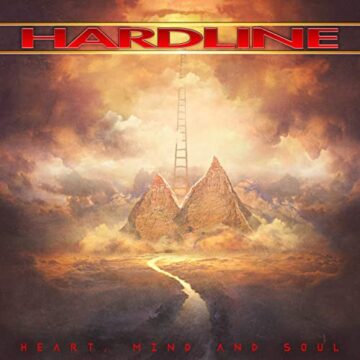 Review:
Johnny Gioeli, Alessandro Del Vecchio, Marco Percudani, Marco Di Salvia, and the lovely Anna Portalupi are back after a few pretty darn incredible, in my view, releases over the past few years. Life and Life Live, the live CD/DVD, were truly epic releases by an underrated band. How underrated are they? Even though I love this genre and have heard “Hot Cherie” a lot on Sirius XM‘s Hair Nation, I didn’t explore these guys until Sleaze Roxx put up a few press releases for Life in 2019. And, it blew me away! I said then what I’ll say now, how did I not follow this band before now? I mean, it ticks all the boxes! And, so does the new album  — Heart, Mind And Soul.

When you gointo a Hardline album, as I’ve found out from picking up their entire catalog since a few years back, you have to expect a few different things. The formula hasn’t changed at all here. So, you look for great guitar riffs powerful vocals that range from as powerful as Sebastian Bach to as melodic as Jon Bon Jovi, and well thought out, carefully crafted songs with meaning behind the lyrics. This all sounds great but there are a few negatives to expect as well which are a few too many softer, ballad type songs than a hard rocker like me is looking for. And, as mentioned above, Heart, Mind And Soul follows that formula, or expectation, to the max. The positives are all here as are the negatives, if you can call them that.

The first single, which I guess means a song put on YouTube these days, was “Fuel To The Fire.” It is a solid song which kind of sets the tone for the expectations of the album. Strangely, unlike “Take A Chance” which was the promo song put out before Life came out, this one doesn’t land as well. But, it doesn’t miss either. It just is, solid. And, that kind of is how the album goes. It lands sometimes, it misses sometimes, but none of it can be called anything short of solid. “Surrender” is the second track and really puts me back on track with the album. That isn’t to say “Fuel To The Fire” isn’t good but this track is better. It sounds a lot like a Joe Lynn Turner era Sunstorm track that I can’t place — perhaps “This Is My Heart?” That makes sense given the band members. But, what a great track with such powerful and meaningful lyrics. I love it.

“If I Could” would be a number one hit if the package on the release said “Bon Jovi” instead of “Hardline.” While I love the song, my wife called it generic. And, it is a melodic rocker, borderline ballad. But, generic compared to what? This might be the most carefully crafted song on the record and Johnny‘s delivery is every bit as on point as Jon Bon Jovi‘s was back in the day. After everyone waited six extra months last year for Bon Jovi‘s dance album called 2020, had a song like this been on there, the sky would have been the limit. But, for us fans of real rock and roll who know what stones to turn to find the music that speaks to us, Hardline deliver.

A couple other highlights on the album are “Waiting For Your Fall” which is another mid tempo rocker. The introduction almost sounds like Kissin’ Dynamite‘s “Ecstasy” but it is a totally different song once it gets going. A track I really like also is “’80s Moment” even though I don’t think those words ever appear in the actual song. I wonder how this title was chosen? It’s very melodic and very hook heavy. It really catches you and has one of the more heavy guitar influences on the record. It’s a genuine masterpiece.

Overall, if you like melodic hard rock, Hardline are always a can’t miss. Though there are a few too many softer songs for my tastes, I think there is more than enough by way of rock here to satisfy the beast within. I hate to keep comparing Johnny to Jon Bon Jovi but there are parts on this album that make that comparison clear. I even looked up where Johnny came from to see if it also was New Jersey but it wasn’t… It is Brooklyn, New York which is close enough! Anyway, this is a uniquely talented band that puts a lot of thought and care into anything it puts out with its brand on it. And, this album, while maybe not quite as good as the album that landed me as a fan, Life, certainly lives up to the Hardline label and the expectations of a Hardline fan. If you have the means, I strongly recommend picking one up!