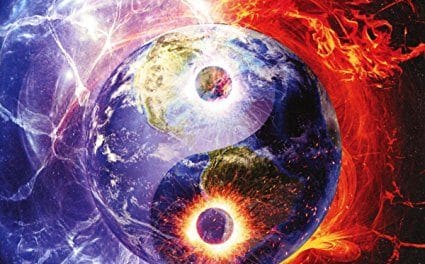 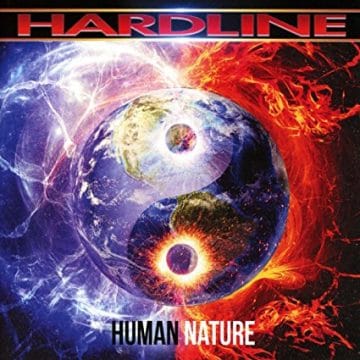 Review:
I readily admit that I am late to the party when it comes to Hardline. I have certainly been aware of the group for some time but never really listened to their songs until seeing singer Johnny Gioeli play the 2016 edition of Rock N Skull Festival Pre-Party with only his phone as his back up band, rightfully earning him the nickname “Karaoke Johnny.” I was blown away by Karaoke Johnny‘s voice which was so good that it made me forget that he did not even have a backing band at Rock N Skull as I was so mesmerized by his powerful jaw dropping voice. With that in mind, I made a mental promise to myself to check out Hardline‘s new studio album Human Nature before the end of the year.

The first track on Human Nature — “Where Will We Go From Here” — instantaneously takes me back to Gioeli‘s impressive solo performance at the Rock N Skull Pre-Party about a month and half ago and I am pretty sure that he must have played this song during his live set on that fateful day. Great chorus, great melodies — this song is a keeper. As I reviewed the press release for Human Nature, I noticed that Gioeli advised that Human Nature was Hardline‘s heaviest album since the debut record, which was music to my ears. While I like melodic rock, my gripe with a lot of the bands playing that genre is that the music likes bite compared to the sleazier music that Sleaze Roxx tends to cover and prefer. Human Nature definitely has a strong melodic rock component to it but the songs have a nice heavy feel to them. Tracks like “Nobody’s Fool” and “Trapped In Muddy Waters” are mostly riff or blues based, and coupled with Gioeli‘s powerful voice provide that certain edginess that I like to hear.

Another gripe that I sometimes have with melodic rock is the excessive emphasis on keyboards which waters down the songs. There is no question that keyboardist Alessandro Del Vecchio is one of the best at what he does but probably what is most impressive is that his keyboard parts add rather than water down the songs on Human Nature. Good examples are “Running On Empty” and “The World Is Falling Down” where Del Vecchio‘s keyboard playing reminds me more of Jon Lord‘s contributions to some classic Deep Purple songs rather than some of the typical melodic rock “heavy on the keyboards” stuff that you might hear. If you have read some of my past reviews, you know that I am not much of a fan of ballads but I can certainly recognize a good one when I hear one. Hardline‘s ballad “Take You Home” is a stellar one and of the goose bump variety. I am pretty sure that Gioeli sang that song at the Rock N Skull Pre-Party earlier this year. A beautiful track from start to finish, if every ballad was as good as this one, I would never ever complain again about ballads in my reviews!

The rest of the tracks on Hardline‘s Human Nature are pretty solid ones although there seems to be a bit of a drop off during the last four songs compared to the previous more “magical” ones. I think Hardline‘s decision to go a heavier route has served them well as they have come up with a mostly strong album from start to finish. If you like melodic rock and well played quality songs, you simply can’t go wrong with Hardline‘s Human Nature.

Track List:
01. Where Will We Go From Here
o2. Nobody’s Fool
o3. Human Nature
o4. Trapped In Muddy Waters
o5. Running On Empty
o6. The World Is Falling Down
o7. Take You Home
o8. Where The North Wind Blows
o9. In The Dead Of The Night
10. United We Stand
11. Fighting The Battle

Hardline‘s “Where Will We Go From Here” video:

Hardline “Where Will We Go From Here” (Official Music Video)

Hardline‘s “In The Dead Of The Night” song:

Hardline – “In The Dead Of The Night” (Official Audio)

Subscribe To Be Alerted When We Add New Videos – http://radi.al/SubscribeFrontiersFrom the album HUMAN NATURE. Get your copy here: http://radi.al/HardlineHum…

Subscribe To Be Alerted When We Add New Videos – http://radi.al/SubscribeFrontiersFrom the album HUMAN NATURE. Get your copy here: http://radi.al/HardlineHum…