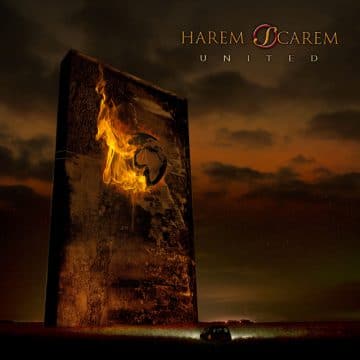 Review:
It was the summer of 1992. I was a young 17 year old rocker dude. Tall, lanky, long hair just below my shoulders, and always dressed in my favorite band t-shirt with black Levis jeans tucked into my favorite Reebok high tops. Of course, I dressed this way in the dead of summer when it was 95 degrees out. As I think back now, I can’t fathom what I was really thinking. The term I believe that was used in certain circles back then was that I was termed as a “Skid.” Of course, being the skidly type of guy I was, to which I was stereotyped into a person of little intelligence, I always had a desire to get my hands on any hard rock music that I could. I would dissect every inch of the albums I purchased — lyrics especially. I’m sure many of the readers can relate to my situation and if you haven’t, than at least just picture it in your mind.

As I recollect to one particular evening early that summer, I met another skidly longed haired fellow like myself at a party. As memory serves me, I thought “Hey this guy’s cool, long hair, into the same music as me. He says he’s a singer, but can he really sing?” As the night wore on, we started jamming a bit. We did a few songs. Then came the deal breaker — we jammed out Slik Toxik’s “White Lies, Black Truth.” It was at this time that this singer and I decided to put a band together. As the summer wore on, we hung out a lot, listened to music and jammed. One of the bands that this singer would introduce me to was Harem Scarem. It was great because we were rehearsing in the same town that some of the members originated from. His brother had actually gone to high school with guitarist Pete Lesperance, so there was always talk about Harem Scarem and Pete Lesperance throughout those long summer days. During that summer, we would constantly listen to the band’s self-titled debut album, as well as the band’s original demo tape. I love that first album, partially because of how great that summer was and the memories it brings back.

So let’s fast forward 25 years later, which to me seems insane. Regardless, Harem Scarem, after a short hiatus a few years ago, are back together. Come to think of it, they just released their second studio album since reforming, the 14th album of their long illustrious career, which arrived at my house this past Friday. So with all this said, it’s only fitting that I review this new material. So hang on tight, here it comes…

The album starts out with a very cool heavy guitar riff, with an unusual piece of percussion following behind. Suddenly, the song changes gears and goes into what becomes the title track “United.” The opening riff reminds me of “Up All Night “ by Slaughter, but please don’t think for a second this song is a rip off of “Up All Night.” The chorus really is Harem Scarem. Very catchy with that riff flowing back between the verses. Of course, guitarist Pete Lesperance is on top of his game, playing a very thought out technical solo. Great opener!

“Here Today, Gone Tomorrow” is a well formulated composition. The guitar riff enters with force and leads into a dynamically softer verse sung perfectly by vocalist Harry Hess as the tom drums are heard behind. The chorus draws you in and is easy to sing along to. “Gravity” has a very different feel to it. The groove is brilliantly formulated as the riff drives the basis of the song. The background vocals are fantastic as they are heard throughout. Yet again, Lesperance plays as only Lesperance can. So inspired and melodic, fitting the song perfectly. “Sinking Ship” keeps the album flowing. A good melodic rocker with another killer hook. The changes throughout this song really capture your attention. Lesperance plays very smooth licks, as the bass of Stan Mizcek really gives the song a tight bottom end.

“One of Life’s Mysteries” is a nice change. A serious melodic pop song that is driven by a great piano line. Hess’s vocals are sweet and inspiring. This song really has a nice earthy feel to it. “No Regrets” is another rocker, driven by the steady drum beat of Creighton Doane. Hess’s vocals are very melodic and catchy with the background vocals sounding huge. Lesperance plays a great solo that starts with slide guitar, then goes into a melodic lead, ending with the slide and melody meshing together nicely. “Bite The Bullet” and “The Things I Know” add a nice depth to this already extremely listener friendly album. Infectious choruses with outstanding build-ups. “The Sky is Falling” has a ’90s feel to it. Not in a grunge sense, but more with a serious musical dynamic. Lesperance has such a great sense of melody in all his solos, with this one being no different. His solos are like listening to a vocal, with amazing, articulate phrasings.

“Heaven And Earth” is yet another classic Harem Scarem song. The background vocals drive this one. For those who are unfamiliar with the Harem Scarem recordings, live drummer and lead vocalist for Jake E. Lee’s Red Dragon Cartel, Darren James Smith is the basis for many of those classic Harem Scarem background vocals. Having heard Smith sing for so many years, it is easy to point out Smith’s fantastic voice and it would just not be the same without his talents. Meshed with Hess’s amazing lead vocals, it is a part of Harem Scarem‘s sound that really can’t be duplicated. “Indestructible” ends off this musical masterpiece. It has a more modern feel to it, but it’s not passé like many of today’s radio songs. I attribute this to the musicianship of all the members in the band. It’s knowing how to truly craft a finely written song with musicianship and having the supreme production of Hess and Lesperance.

So as I close out, I am almost out of breath. For me listening to an album and dissecting its contents really takes something out of me. United had that effect on me. In some ways it is like jogging ten kilometres. It’s hard work, it can be tedious, but in the end you feel really invigorated. For me, it’s about getting an accurate view and trying to understand what the artist is trying to convey to its listeners. This takes time and effort to really focus on its contents. Listening to the little things that the artists have put in there to develop something they feel very strongly about.

The thing I really hope that people get out of this review is that maybe I have noticed something they normally wouldn’t or that I have been descriptive enough to have those reading actually picture the music in their head. I think the majority of us don’t take the time to put that much into actually listening. If we, the listener, put the time into listening closely, like the artists do in creating, maybe this age of modern music would be a little different. I took the time to give a decent and accurate review of Harem Scarem’s United album. So if you enjoy this style of melodic hard rock created by fantastic players, go out, purchase this album and really listen closely. You will not be sorry.

Reviewed by Tyson Briden for Sleaze Roxx, May 2017

Subscribe To Be Alerted When We Add New Videos – http://radi.al/SubscribeFrontiers / From the album UNITED. Get your copy NOW: http://radi.al/United – Front…

Subscribe To Be Alerted When We Add New Videos – http://radi.al/SubscribeFrontiers / From the album UNITED. Get your copy NOW: http://radi.al/United – Front…

Subscribe To Be Alerted When We Add New Videos – http://radi.al/SubscribeFrontiers / From the album UNITED. Get your copy NOW: http://radi.al/United – Amazo…

Subscribe To Be Alerted When We Add New Videos – http://radi.al/SubscribeFrontiers / From the album UNITED. Get your copy NOW: http://radi.al/United – Amazo…