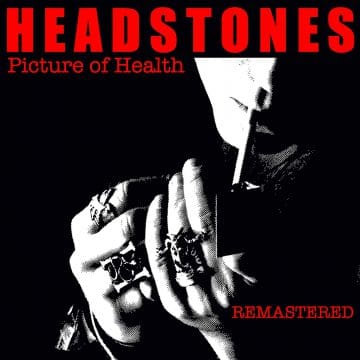 Review:
Twenty-five years — wow. Gawd, I’m old. I remember October 1993, sitting in the college bar putting up with the so-called rock songs of the day by Blind Melon, Nirvana, Pearl Jam, Soul Asylum, etc. The beer was cheap and the company was good, but the music sucked and I couldn’t wait to get out of there. Driving home, suddenly “Cemetery” landed on my radio, and it was like… wow!

The Kingston via Toronto based band suddenly brought hard rock back to the Canadian masses with Picture of Health. Combining punk with biker rock and an overall sense of non-conformity, I fell in love with the sound and fury immediately. In fact, 25 years later, songs like “Cemetery,” “Judy,” “When Something Stands For Nothing” and especially the Traveling Wilbury‘s cover “Tweeter And The Monkey Man” are still CanCon staples on local radio. The album was recorded at Metalworks Studio in Hamilton, run by Triumph drummer Gil Moore in 1992 and released in October 1993. Picture of Health went platinum in Canada in 1999.

Lead track “It’s All Over” is still one of my favourites. The driving guitar intro pounds into a threatening and attitude filled verse. You know who this band is immediately. But then there’s the cool bridge teaser, which would become a hallmark of the band’s work; an over the top line that you almost wish would become its own song. “When Something Stands For Nothing” is a bona fide hit, and deservedly so…. “this one’s about rock & roll and comic books and bubble gum.” Hugh Dillon delivers a nearly spoken word attempt at anger and contempt which betrays the cheery “Woo Hoo Hoo” chorus. Think a purely Canadian Henry Rollins juxtaposition.

Of course, “Tweeter And The Monkey Man” was drawn from a purebred pedigree, but the Headstones made it their own. Unfortunately, Canadian radio has played it to death due to content rules, but that shouldn’t discourage from the fantastic interpretation of this classic track. “Three Angels” is a decent ballad as such, but it’s more a lament toward loneliness and despair… “you gave it all away, you’ve got nothing left to trade.” There’s a tad of angry attached to this one, so not a ballad in the conventional sense (see Canadian Henry Rollins above). “Oh My God” is a killer rocker, as is the punk based “Losing Control.” This was the kind of stuff I was missing back in the day and cemented the Headstones on my radar. Finally, “Cemetery” is wild.  “Went down to the cemetery looking for love, got there and my baby was buried, had to dig her up.” That’s a blast. I still play this track on a regular basis just because it’s a solid hard rock song… and giggles.

The remastered re-release also includes four original demos. I love when bands do this, because it shows the development of a song (and band) from garage jamming to final master. “When Something Stands For Nothing” and “Cemetery” deliver an insight into the creative process, while “Sweet Pea” and especially “Skin Me Alive” reflect where the band was just before they hit the main stage.

Ultimately, I’m not sure most people outside Canada know or care about the Headstones. But in this country, they were one of the few champions of pure guitar rock in the 1990s, and toured heavily throughout the decade, garnering a platinum and two gold albums.  Their most recent album, 2017’s Little Army landed a number one single with “Devil’s On Fire” on Canadian rock radio charts. The Headstones are considered amongst the upper echelons of classic Canadian rock, alongside the Tragically Hip, Kim Mitchell, Our Lady Peace, and few others from the 1990s.

Headstones‘ “It’s All Over” video:

Headstones – It’s All Over

from their first disk Picture of Health. The song has been heard on due south and and a bunch of other shows that I cant think of right now. Damn I have a lo…

Headstones‘ “When Something Stands For Nothing” video:

Headstones – When Something Stands For Nothing

The video, their first one I think, for WSSFN, from their first CD Picture Of Health. Who here remembers the promo CD from Molson?