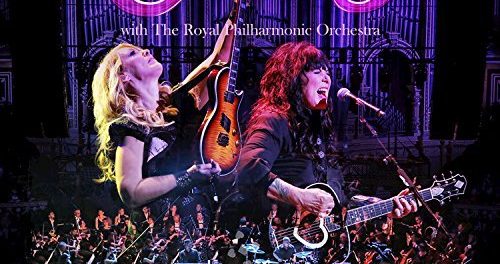 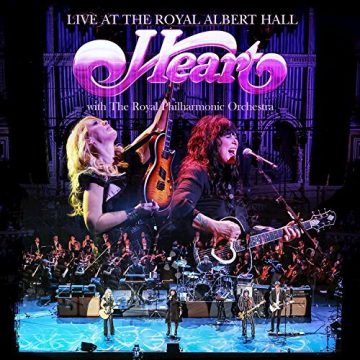 Review:
Heart‘s music is a staple in hard rock and classic rock radio. The Seattle band’s core is singer Ann Wilson and guitarist Nancy Wilson. They have been musically influential to women and men alike; this was validated when Heart were inducted into the Rock And Roll Hall of Fame in 2013.

Heart have continued to tour and perform over the years, even when hard rock was en vogue. Heart have been able to adapt with the times. They powered through the ’80s as they adapted and made an attempt to capitalize on the ‘second wave of glam rock.’ Now that ‘classic rock’ is cool again, Heart have come full circle. They are once again less about image and it’s all about the songs.

Ann and Nancy collaborated with The Royal Philharmonic Orchestra which was conducted by Nick Davies. Heart and The Royal Philharmonic Orchestra performed a 16 track set that includes the classics “Magic Man,” “Dreamboat Annie,” “Crazy On You,” “Barracuda” and “Kick It Out.” There’s also lackluster ’80s stuff like “What About Love,” “These Dreams” and “Alone” which bogs things down a bit.

Ann and Nancy Wilson shine on the classic material and the inclusion of The Royal Philharmonic Orchestra breathes new life into these classics. And their take of Led Zeppelin’s “No Quarter” is simply fantastic. The Wilson sisters haven’t lost a step at all and they shine in this historic venue. If you’re a casual or a diehard Heart fanatic, you’ll enjoy their Live At Royal Albert Hall With The Royal Philharmonic Orchestra.

Heart with The Royal Philharmonic Orchestra‘s video for “Alone”: