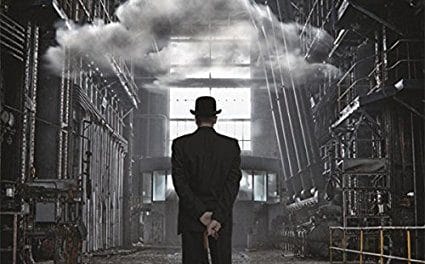 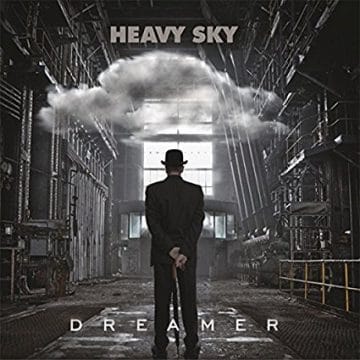 Review:
Heavy Sky get the award for putting your best foot forward in terms of obtaining a review from Sleaze Roxx. I had never heard of Heavy Sky before but they certainly got my attention with the package that I received presumably from the band. It’s the first time that I receive an album in two different physical formats — in CD and vinyl — and on top of it, there was a splashy and big glossy handout of the band to boot. With such a great presentation, I felt compelled to give Heavy Sky an extended shot to make an impression on me.

My first listen of Heavy Sky‘s debut album Dreamer confirmed that they might be a little bit outside the usual fare that Sleaze Roxx would regularly cover. However, the overall production of the album sounded really good and very professional so I kept listening. This album can be broken down in numbers in terms of my enjoyment of it. Tracks one, two, six, seven and nine are really good. Each time I listen to Dreamer and there’s a song I really like, I check to see where I am on the album and invariably, it’s one of those five tracks. Whenever I get bored while listening to the record and again check where I’m at, I’m listening to either tracks three, four, five, eight or ten. Alright, I might be a little too extreme on the last statement as some of those latter five songs have grown on me over repeated listens such as track four “World” which happens to be the first single released for Dreamer.

As I did a little digging on the band, I came to realize that I now know of two relatively new good Turkish rock bands — The Madcap and Heavy Sky. Frankly, it’s amazing to see all these new bands emerge from all over the world. For awhile, it seemed like the US and Sweden had a lock on from where all the great new bands were originating from but now, a good band can originate from just about any country. Given my track record, it’s no surprise that I enjoy the faster paced rockers on Heavy Sky‘s Dreamer album over their slower mid-paced or ballad type songs. Track nine “Unbreakable” — which Heavy Sky happen to have shot a video for — is probably my favorite song on Dreamer. It starts off pretty quickly with a catchy riff and builds up nicely with lead vocalist Batu Akdeniz‘s singing along with at times some nice guitar harmonies before the engaging chorus portion of the song. “Unbreakable” never lets up and rocks from start to finish.

Track six “Down On The Road” is a bluesy number centered on a heavy guitar riff and showcasing Akdeniz‘s strong vocals. The beginning of track seven “Fallin’ For You” reminds me of the kind of stuff that Europe have come up with in the second half of their career. Take away Akdeniz‘s vocals from that song and I would have no reason to question that Europe have come up with the music for this one. It finally dawned on me that at their best, Heavy Sky sound like Europe in the latter’s second phase of its musical career. The opening track “Save Me” is another example in that regard. Track two “Broken” has more emphasis on melody and you get the impression that Akdeniz is telling you a story during the verses before the engaging chorus kicks in. Where Dreamer falls short is the slower tracks. The title track, “Walk Away,” “I’ll Be Home” and “Heavy Sky” just do not keep or even capture my attention. I think overall, the songs sound sonically quite good but to be honest, they’re just kind of boring to listen to.

Heavy Sky‘s Dreamer album was a nice surprise. There are definitely some very good tracks on it but they are interspaced with some slower weaker tracks. Nevertheless, it’s still an album worth checking out.

Official video of our new single ‘ Broken ‘ is OUT/HERE! The song is based on the story of baby Ayaz who froze to death when he was only 40 days old.Heavy Sk…