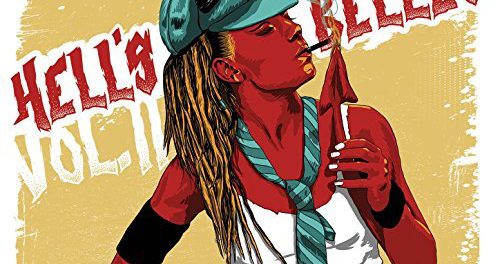 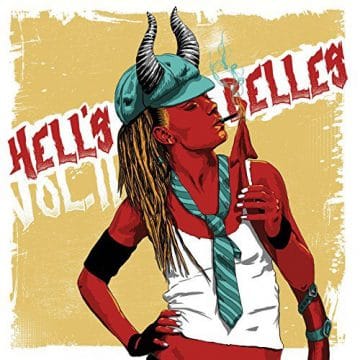 Review:
Hell’s Belles have built a name for themselves out of being one of ‘the best’ tribute bands out there. Judging by the name, you’re probably guessing this is an AC/DC tribute band. That would be right. There’s another thing; this band is a comprised of females adding a little wrinkle to things. Even better, Hell’s Belles have been endorsed by Angus Young himself, “The best AC/DC band I’ve ever heard? There was an all-girl band in America, Hell’s Belles.”

The band has existed since 2000. Now in their 17th year of existence, Hell’s Belles have gone on to build a grassroots following of rabid fans. Vocalist Amber Saxon (who’s an Aussie by the way) is a dead ringer (no pun intended) for Bon Scott and guitarist Adrian Conner will absolutely have you convinced that she is channeling Angus Young from wherever on the planet that he is.

While, some might frown on tribute bands, most would (probably) cringe at the thought of a tribute act recording the music of said band which they are pay homage to. I get it. However, Hell’s Belles do it so well that even if you’re reluctant at first ,ultimately you will take note that the band is incredible. Some tracks are better selections than others, the highlights being; “Rock ‘N’ Roll Damnation,” “Highway To Hell,” “Problem Child,” “Beating Around The Bush,” and “Ride On.” I feel that Amber Saxon is at her best when she is tackling Bon Scott era AC/DC. The Brian Johnson era stuff sounds good but to my ears, she’s on top of her game when she’s giving us that Bon Scott venomous snarl. Perhaps at some point down the road, Saxon and co. will perform an entire Bon Scott era album in it’s entirety. I can wish can’t I?