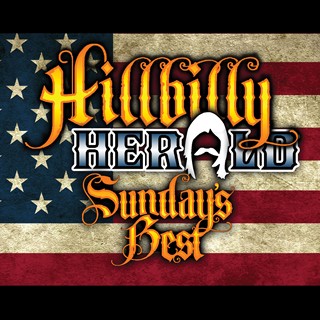 Review:
Recently a fellow writer suggested that I give Hillbilly Herald a listen. He was raving about the Los Angeles, California band, so of course I had to hear for myself and eagerly waited for the hard copy of their EP Sunday’s Best to show up in my mail box. So when it arrived I couldn’t wait to rip the cellophane off and pop the disc into the stereo for its first test spin.

In a brilliant move Hillbilly Herald added a bonus DVD to Sunday’s Best, which was strategically placed before the audio disc, and since it was packaged in that order the DVD went on first. The DVD is a raw performance of Hillbilly Herald blasting through a high energy set opening for Slash And The Conspirators in 2012. While the visual footage leaves a little to be desired, it did give me a baseline for what this band is capable of in the live setting. The audio superbly captured the ‘live’ vibe of the band’s gritty sound, the in-your-face attitude, and singer Jimmy Herald‘s boisterous presence.

As stated, Sunday’s Best is an EP that features five tracks — “Shame On Me”, “Jump Back”, “Bad Boy Bruiser”, “Greedy”, and “Sucker Punch” — cut from the same cloth as Bon Scott era AC/DC. Hillbilly Herald also possess the knack of delivering memorable powerful riff driven music with blistering guitar solos, memorable choruses, and fun songs — it’s straight-up no-frills rock ‘n’ roll. Without a doubt Hillbilly Herald is a band to watch out for and a band that you ought to get to know.