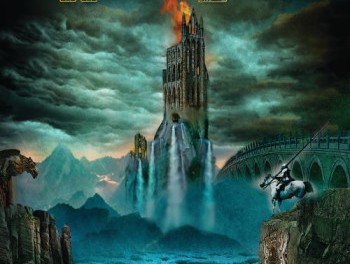 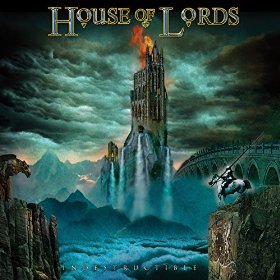 Review:
My first House of Lords experience came via a recommendation from a friend who’s big on ’80s and ’90s hard rock. It came in the form of their album Come To My Kingdom which is considered one of the band’s best releases in the last decade. That’s not to say that the others are not as good as in fact they have managed to have a streak of great records, which is not broken by Indestructible. The album is a double celebration for the band, marking their tenth studio album and ten years of their current lineup being together.

From the catchy chorus of opener “Go to Hell” to the acoustic piece “The End Of Time”, there isn’t a single filler here. Some of my personal favorites on the record are the aforementioned “Go to Hell”, “Indestructible” in which Jimi Bell has an amazing solo, and “Call My Bluff” that boasts great lyrics for a ballad. In fact I would say that the writing on the entire record is a step up from Precious Metal.

Also worth mentioning are the magnificent melodic rock gem “Die To Tell” and the likely heaviest song on the record “Ain’t Suicidal”. As a bonus for Japan, we get “The End Of Time” which is a faithful cover of a Billy Seidman song where James Christian is able to display his voice accompanied solely by Bell‘s acoustic guitar.

Indestructible is just another great album from the House Of Lords. More melodic than last year’s Precious Metal but still the right amount of heavy in some parts. Bell does a commendable job as usual shredding and Christian still has that great rock voice while BJ Zampa and Chris McCarvill play their hearts out and it shows.

It’s difficult to choose a favorite album from House of Lords‘ last decade, since they all have ranked from very good to great, but I do believe Indestructible stands out for being one of the most successful at balancing the combination between its melodic and heavy parts.