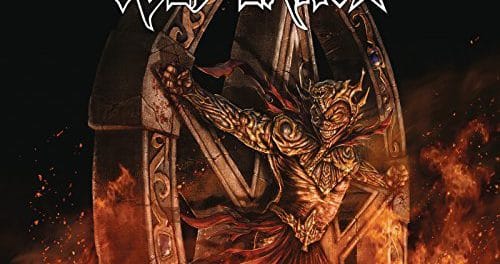 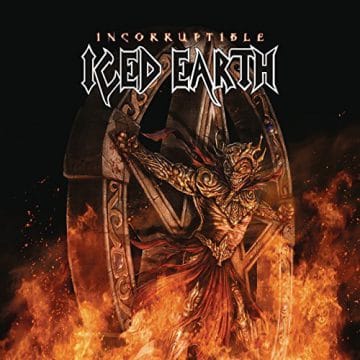 Review:
Oh, the great Iced Earth. From that fateful moment when I was presented with an album that featured Spawn on its cover and told that if I liked Iron Maiden, I should listen to this band, I was SOLD! What unforgettable great musical moments I lived with The Dark Saga, an album that is among my most beloved from the era when I was discovering real metal.

Fast forward many years, Matt Barlow has long gone from vocal duties and will be forever missed, Tim ‘Ripper’ Owens subsequently doing a good job of replacing him — especially on the amazing The Glorious Burden — and now we have Stu Block at the front, who does have a great set of pipes with a range that hits King Diamond-esque falsetto highs along with a respectable mid-range. I’m just not sure he’s the right man for Iced Earth.

He did a great job on Dystopia and his performance on the classics on Live in Ancient Kourion is commendable, but Block keeps trying to impersonate his predecessors — Barlow with his mid-range and Owens when delivering the highs. But, it’s understandable, just ask the Ripper… it’s not easy to sing over a much-beloved vocalist’s shadow, he has tried it twice now. Still, Block‘s range is impressive and he gives his heart in this album.

Anyway, back to Incorruptible now. Jon Schaffer is the driving force of the band and the only original member, and despite the constantly changing line-up, he has kept Iced Earth going and his signature riffs are an integral part of the band’s sound and are often featured on Incorruptible.

The album opens with “Great Heathen Army” which kicks things off in a big way with furious guitars with the classic Schaffer riffs, explosive drums, and a really impressive Stu Block. “Black Flag” keeps things going taking the pace to a more melodic field with its pirate inspired lyrics, after which “Raven Wing” adds acoustic guitars to the equation and delivers a great memorable chorus. “The Veil” slows things down even more, with Block using his cleaner singing and featuring some great guitar work, but it doesn’t last because the heavy artillery comes back full force with “Seven Headed Whore” which takes things to the thrash metal realm with heavier riffs and Block rising his range to Rob Halford levels. “The Relic (Part 1)” is a decent melodic song which is followed by “Ghost Dance (Awaken the Ancestors)”, an unnecessary six-minute instrumental piece.

The album continues with the very melodic and catchy “Brothers”, another highlight of Incorruptible and a song that is sure to sound great when performed live, and the “Defiance” which is OK but nothing to write home about. The final track of Incorruptible — “Clear The Way (December 13th, 1862)” is its greatest — a brilliant and epic nine-minute tour de force dedicated to the Irish Brigade which recounts one of the most important events of the American civil war — The Battle of Fredericksburg. In essence, a sequel of sorts to The Glorious Burden, and further proof of Schaffer‘s obsession with the period. But, nevertheless, a great way to finish the album.

Incorruptible has moments of greatness that take you back to the band’s ’90s glory days, but also underwhelming moments. The album is a bit too long, and the songs too much alike. In the end, by no means a bad release from Iced Earth, but also not on par with their greatest. It’s definitely better than Plagues of Babylon, but not above Dystopia, and I won’t even mention the classics from Barlow‘s era because as far as I’m concerned those are unbeatable.