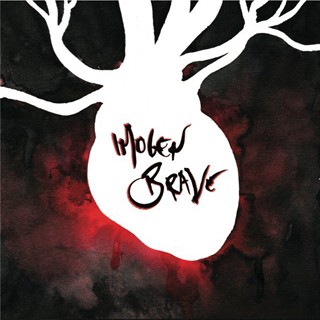 Review:
After spending the last couple of years earning their stripes as slaves to the local Australian club scene, it’s with much anticipation that Adelaide 4-piece Imogen Brave releases their debut EP Open Heart. Characterized by the sassy pop-rock infused vocals of Stef Crowley, Imogen Brave are built on rock-solid foundations, with the end result being a glorious debut offering.

The five track disc sees the band delve deep into their rock influenced past with commercial hard rock offerings such as the opening track “Walk Away” and the equally radio-ready “Desperate Lines, Open Doors “. Whilst the opener is dominated by the super tight rhythm machine of Neil Pearce and Andy Cienciala, the latter highlights the impressive yet understated lead guitars of Mick McClounan. These up-tempo rock tracks are soon contrasted by the glamorous but haunting desperation of “Exit Collapses” as the band explore the more somber side of life, whilst demonstrating the depth of talent and experience on hand.

With the angelic-come-fragile, yet twisted, vocal performance on a track like “Missing You Dearly” providing a solid backbone to the EP, it’s the dirtier hard hitting rock track “Love Is Like (Open Heart)” which provides the highlight in my opinion. Sounding like they have summoned the spirit of The Runaways and combined this with the modern pop-sensibilities of Pretty Reckless, this track draws the curtains on the first Imogen Brave chapter in all its raucous rock ‘n’ roll glory.

Imogen Brave can comfortably pull their stool up and sit at the bar alongside other Australian female fronted rock bands such as Spitfire Rain and The Scarlets. “Open Heart” is the culmination of the last couple of years of hard work from Stef and the boys, and those liking a dose of attitude-filled, emotion charged rock should definitely open their hearts and give Imogen Brave a couple of minutes of their precious time.

Reviewed by Lindsay B for Sleaze Roxx, September 2011