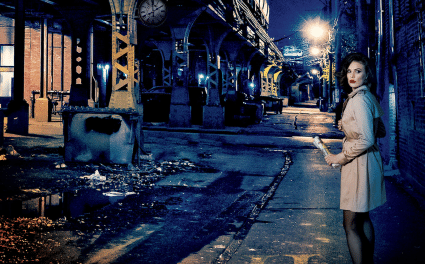 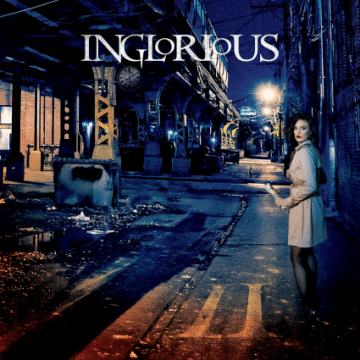 Review:
I really love it when out of nowhere I hear a band that knocks my socks off. Being a fan of great ’70s rock bands such as Deep Purple, Led Zeppelin and Bad Company, Inglorious’ second release II was right up my alley and is fronted by former Trans Siberian Orchestra and Uli Jon Roth vocalist Nathan James. James who by definition has a very “Glenn Hughes“ style of vocal. Inglorious are rounded out by lead guitarist Andreas Erikkson, rhythm guitarist Will Taylor, bassist Colin Parkinson and drummer Phil Beaver.

Inglorious‘ II starts off with the guitar instrumental styling of Erikkson, but quickly changes as a cool riff drives “I Don’t Need Your Loving.” Immediately, I can’t help but make a comparison to John Norum’s Face The Truth album. This song is catchy and James‘ vocals are smooth with a slight rasp. The riff I mentioned earlier is driving the basis of this song.

“Taking The Blame” starts with a great guitar riff, with a touch of Ritchie Blackmore’s tone on the classic Deep Purple song “Burn.” James is doing his best Glenn Hughes vocal line and the phrasing is precise. This is a hard driving rocker with smooth transitions. Bassist Parkinson and drummer Beaver are driving the bus. This song is catchy and leaves you wanting more.

“Tell Me Why” really has a Bad Company feel to it on the intro. If I didn’t know any better, I’d swear Paul Rodgers was the man behind the microphone. Once the band kicks in, it changes gears, to where James is sounding more like Glenn Hughes, than Paul Rodgers.  The groove on this track is infectious with the band playing tightly, but giving James the room to get his point across vocally. The dynamics of the band allow the song to breath nicely.

“Read All About It” has a cool Led Zeppelin groove to it. The chorus features great vocal phrasing and there is a fantastic guitar solo by Eriksson. “Change Is Coming” changes the dynamic of the album. A “so called” ballad intro that builds into a heavy guitar riff. Another great vocal performance with fantastic phrasing. “Making Me Pay” has yet again, a Bad Company feel, with a slight Richie Kotzen vocal delivery. This slow rocker sounds as if it would go over quite nicely in a live setting. I can also make a slight Whitesnake comparison.

“Hell Or High Water” is a little different from what has been previously heard, adding a nice touch to this already listener friendly album. A straight ahead rocker, with some nice vocal harmonies being heard. “No Good For You” keeps the flow of the album. This fast moving song features nice melodic leads provided by Eriksson. “I Got A Feeling” starts with a high hat count in and the riff reminds me of a great John Norum lick. I really enjoy the drumming on the floor tom during the verse being provided by Beaver. I must admit at times I am finding the snare to not be snappy enough, but if that is my only complaint, I think Inglorious are doing quite well. “Black Magic” actually feels like a song of this title should. The darkness draws me in. A great job by Inglorious to create the mood of the title. I am feeling a little evil as I focus my attention to the slightly off beat drumming. This off beat drum line gives it a really mysterious vibe.

“Faraway” starts as a slow acoustic composition, with a fantastic vocal line. James is sounding emotionally withdrawn as he sings his ass off. The song kicks into gear and James continues with his vocal desperation. The bass has a nice chorused texture to it with the drums keeping the tempo even and precise. “High Class Woman” ends off this fantastic piece of British hard rock, leading off with a very sweet melodic guitar progression with the drums playing off the riff as the song builds. A catchy chorus drives this song as the opening riff then follows into the second verse. Great wah guitar solo is heard mid section adding a nice dynamic and feel. The main riff closes off the song as James‘ vocals drive along.

Overall, I really enjoyed this album. I have listened through a few times and I am really impressed that Inglorious have done a very fine job of recreating the classic sounds of many of the ’70s iconic rock bands. It is easy to see where this band has taken their influences from and I look forward to many more listens to this fine piece of work.

Subscribe To Be Alerted When We Add New Videos – http://radi.al/SubscribeFrontiers / From the album INGLORIOUS II.

Subscribe To Be Alerted When We Add New Videos – http://radi.al/SubscribeFrontiers / From the album INGLORIOUS II.