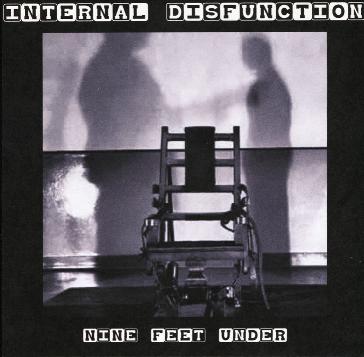 Review:
When a punk band is agitated, like the Sex Pistols in the late 70s, they can be entertaining. But what happens when a punky band doesn’t really have anything to bitch about? Can they still sustain the raw rage and do-it-yourself independence that exemplifies punk music? In other words, is there such a thing as a content (or even happy) punk band? It looks like Italy’s Internal Disfunction is attempting to answer that question.

Internal Disfunction claims to be a ‘glam punk rock’n’roll band’, but they definitely lean way further into the punk territory – too far at times. There are a few songs here that I don’t mind, but as a whole this type of music does little for me. I found the chorus to “Deca-Dance 1984” catchy, but in an 80s new-wave reject sort of way. The mellow “Far Away From You” has an odd Dogs D’amour meets White Lion feel, and works as well as anything on Nine Feet Under. “Find The Way Out” has a great Jetboy groove, but then the vocals come and drag the song into the monotonous pits of punk.

This disc is going to find a nice dark corner of my CD cabinet and collect dust, it just isn’t for me. Sure it has its moments and musically the guys can play, but I just get sick of that predictable vocal delivery and simplistic strumming. If you have a bit of punk in your backbone go to www.internaldisfunction.tk and check the band out for yourself.