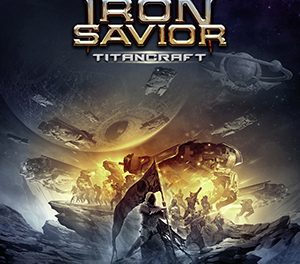 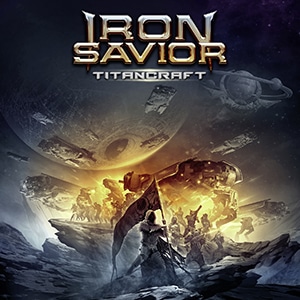 Review:
Iron Savior are another of the bands with which I’ve been on board since the start. Oh, I remember the excitement of me and some fellow metalheads when we heard of Piet Sielck, Thomen Stauch (Blind Guardian) and Kai Hansen (Gamma Ray) joining forces for some sci-fi inspired power metal.

They sure as hell didn’t disappoint with their self-titled 1997 debut. Now, seventeen years later, Hansen long-gone and some line-up changes later leaving only Sielck from the original founders, Iron Savior release their ninth studio album, Titancraft.

Despite Sielck being the only remaining part from the band’s original conception, the current members can easily be called veterans by now, and a very fine bunch of musicians they are. Bassist Jan-Sören Eckert joined the band for their 1999 release, Unification, left and recently rejoined. And 2001’s Dark Assault brought Joachim “Piesel” Küstner on guitars and Thomas Nack behind the drums. They all definitely know how to inject the right groove into heavy metal.

I can tell you right now that Titancraft never aims to reinvent the power metal wheel, but it does help to perpetuate it by delivering a fine dose of German power metal. The album does have more memorable tunes than its 2014 predecessor, Rise Of The Hero, and, in fact, is the release that most reminds me of Iron Savior‘s first few efforts. It offers loads of riffs, killer solos, and solid rhythm sections, all topped by Sielck‘s signature vocals and, of course, his crystal-clear production, which comes as no surprise with him being a veteran producer and sound engineer.

Heavy metal anthems come one after another and are pretty consistent and cohesive. My favorites are “Gunsmoke” with its extremely unforgettable chorus and the melodic “Beyond The Horizon” which is heavily reminiscent of some of the best Gamma Ray material from the late ’90s. My other favorites are “Strike Down The Tyranny” which is full of galloping force and the upbeat album closer “Rebellious.”

So, yeah, it’s the same. It all adheres to the German power metal formula, sometimes cheesy but consistent with what Iron Savior‘s been doing for almost twenty years now. But, who doesn’t like getting more of something you already like? If you’re a fan of the genre, you already know if Titancraft is for you or not.

Review by Eduardo for Sleaze Roxx, May 2016

IRON SAVIOR “Way of the Blade”, taken from the album “Titancraft”, out May 20th, 2016.Pre Order now!AFM Webshop: http://shop.afm-records.de/iron-savior-deRub…