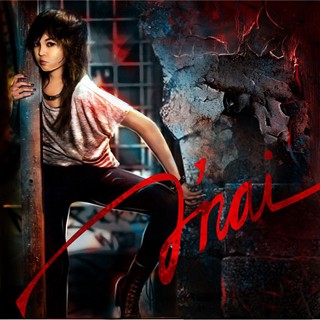 Review:
I have to admit that J’Nai isn’t the type of music that I would usually listen to, but after having seen the band play live while opening for Faster Pussycat I liked the songs enough to purchase their debut EP entitled… J’Nai. I would not consider J’Nai a “metal” band but they have enough elements in their music to appeal to the metal genre.

The first track, “Skipping Stones”, kicks off in high gear before switching directions a few times. J’Nai‘s vocals remind me a bit of Avril Lavigne‘s, for better or worse, in that J’Nai‘s voice sounds pretty young and just like Avril she does have a great set of pipes — for the record, I do enjoy most of Avril Lavigne‘s songs. Because each song seems to have fast and heavy parts along with slower sections, I often finding myself really liking elements of each J’Nai song and waiting for the good parts to come back. A prime example would be the second J’Nai track “Accident” which starts off very slow before building into a catchy chorus and some heavy riffs. Why couldn’t the whole song be a bit faster like the chorus with those nice heavy riffs from start to finish? I think that the chorus on “Accident” should belong to another song! “Defeat Them All” is a heavier track throughout and seems to flow better than “Accident”. “In The Light” follows the same pattern as the first four songs with a catchy chorus but slower verses.

My favorite track on J’Nai‘s debut EP is “Away From You” — this song rocks from start to finish. Unlike some of the other songs, the verses are a little faster and the track seems to be built on a great guitar riff with what sounds like some keyboards during parts of the composition. The one song that I do skip each time is “Share My Life” — it is the slowest track on the EP and I only really like the guitar solo. It reminds me a bit of a bad Alanis Morissette song. The one big surprise is the EP closer “Everyday”, although the vocals sound like a little kid is singing and there are lots of keyboards, I find the song quite catchy and this is the off the beaten path type of song that you might sometimes find on an Alice Cooper CD.

I find myself intrigued in hearing what J’Nai comes up with next. It feels like the Canadian band is still growing into the sound that they want to capture. Based on their debut EP, J’Nai has many directions that they can go. It will be interesting to hear what J’Nai‘s next CD sounds like.