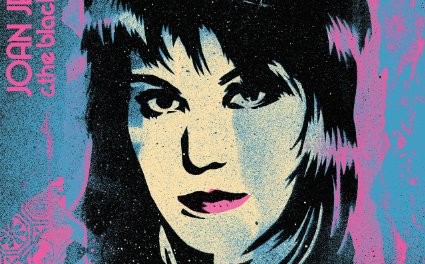 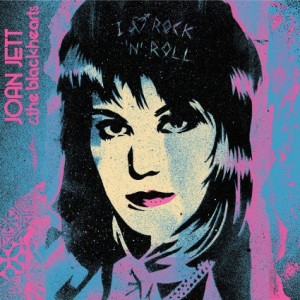 Review:
I Love Rock ‘N’ Roll always brings back very vivid memories of my childhood. The song “I Love Rock ‘N’ Roll” was my first introduction to rock and roll. At the start of grade five, my mother transferred my younger brother and I to a new school. Out in the school yard during recess, the “older” kids would constantly be playing “I Love Rock ‘N’ Roll” on a huge ghetto blaster — yes, a ghetto blaster. For those younger ones who don’t know what those are, picture a huge boom box type thing playing cassette tapes. “I Love Rock ‘N’ Roll” sounded sooooo cool but it would be a few more years before I would actually hear the entire album of the same name courtesy of my younger brother who became a huge Joan Jett & The Blackhearts‘ fan. That was “his” band before Alice Cooper would sweep him away and take that coveted title for him for many many years.

While browsing Amazon on the internet and as soon as I saw that Joan Jett & The Blackhearts had re-released I Love Rock ‘N’ Roll with a bonus CD of a live performance from back in 1981, my purchase of the re-release was a mere seconds away. It had literally been decades since I last heard I Love Rock ‘N’ Roll in its entirety since I only owned the record on tape and vinyl, two music avenues that I rarely listen to these days. As I write this review, I notice that I Love Rock ‘N’ Roll has been re-released a number of times before with a few different bonus tracks each time. In any case, the 33 1/3 anniversary edition of I Love Rock ‘N’ Roll only contains ten tracks this time around but I think that the bonus live CD is what makes the release worth picking up “again” if you have already purchased the record’s re-releases in the past.

What is to follow is an admittedly bias review about the album because I have grown to love all the songs over the years on I Love Rock ‘N’ Roll and that’s even the last track “Oh Woe Is Me.” Sure, the guitars sound a bit dated at this time but in terms of pure rock and roll and attitude, Joan Jett‘s releases from that era had this magic to them and the I Love Rock ‘N’ Roll album still rocks from start to finish while listening to it decades later after its release. If I am going to be honest with myself and take away all sentimentality towards I Love Rock ‘N’ Roll, the tracks “Love Is Pain” and “Oh Woe Is Me” are actually weak songs that could have been left off the record. “Bits And Pieces” is another track that might well not appeal to a lot of people, especially with its very repetitive chorus line “I’m in pieces. Bits and pieces.” So if you were to  take those three tracks off I Love Rock ‘N’ Roll, you would be left with seven strong rocking songs. The title track, “Crimson And Clover” and “Victim Of Circumstance” are classics as far as I am concerned. The real gems are songs like “(I’m Gonna) Run Away” and “Nag” which really rock and are worth checking out the album if you have not already done so.

As I previously indicated, what really enticed me to purchase the re-release 33 1/3 anniversary edition of I Love Rock ‘N’ Roll was the live recording dating back to 1981. Yes — the track list for the live performance is virtually the same as on the album with the exception that thankfully “Oh Woe Is Me” does not close out the gig and is replaced by “Black Leather” from her days in The Runaways. Nevertheless, there is a real energy to Joan Jett & The Blackhearts‘ live performance in New York back in 1981 that you can feel when listening to the record. I can’t believe that I have yet to see Joan Jett & The Blackhearts play live and listening to the group’s 1981 performance only makes me pine to see her play live even more.

Even though almost half of the songs on the re-release of I Love Rock ‘N’ Roll are cover songs, all of the tracks fit well together on the record and have that consistent Joan Jett sound and attitude stamped all over them. If you like old school rock and roll with a bit of a punk edge to it, enjoy the song “I Love Rock ‘N’ Roll” and have yet to hear the rest of the tracks on the album, you should check out I Love Rock ‘N’ Roll 33 1/3 Anniversary Edition. I think that you’ll be pleasantly surprised and you’ll get a cool but pretty short live CD to boot!