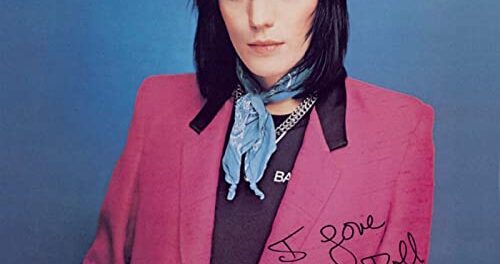 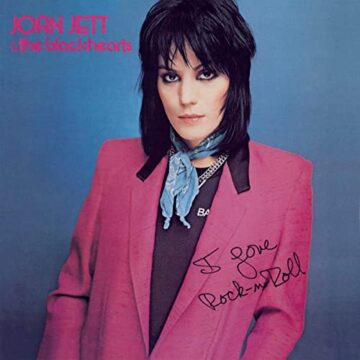 Review:
If you have ever caught my reviews of stuff from the early ’80s, then you know that most of it figures in medicinally as this sort of saving grace soundtrack to this huge transition in my life but instead of bleeding you dry with the deets again, let’s just say I bounced from a musically flexible military dependent life to landing in the middle of preppie-ville Atlanta, GA late 1981. Think Danny LaRusso moving from Jersey to sunny Reseda and surrounded by big bad Johnny Lawrence and his crew. OK maybe not that bad but for a shaggy-haired, no-shirt tuckin’ rock and roll kid, 1981 Marietta was not really the place to be. However, just like LaRusso found that silver lining in karate, I struck gold with the one thing I never had back in Germany – a rock and roll radio station which I discovered when a commercial for the station came on TV while my little nephew was watching Mister Rogers Neighborhood. Talk about direct marketing, right? But what does this have to do with this record? Well let me tell you.

So one night I’m laying on my temporary cot staring up into the darkness while my ears are blasted with the headphone-projected sounds of KLS and suddenly, there it was. This song I’d heard before but only different yet in a voice I recognized. Yeah, I used to have the Arrows version on 45 but this was tougher and boy was I shocked when the deejay said it was Joan Jett and her new band The Blackhearts. Now at the time, I wasn’t yet familiar with the entire Runaways catalog but I knew Joan‘s stuff and I had heard some tracks from her first solo album but man, when I heard her take on Arrows‘ tune “I Love Rock ‘N’ Roll”, I was bowled over. To make things even cooler, the deejay reminded listeners that the album the tune came from was going to be played commercial free from start to finish that weekend at midnight which was something that KLS did on the regular. Eventually I was going to take advantage of that program to grab my first full listens of first releases by Aldo Nova and Asia but my first chance to shove in a cassette and tape an album was that weekend and it was Jett‘s killer second solo release, I Love Rock ‘N’ Roll.

Now before I go into why this record is so cool, let me just mention that one of the biggest arguments to the contrary is that half the songs are covers and while that’s true, of the nine actual songs on Van Halen‘s Diver Down, over half are covers. The Beatles and Rolling Stones had tons of covers on their early albums and yeah, on that subject, I can go on for days and days. Point is, it’s not always how cool the tunes are that make the record but how cool the artist makes the tunes on the thing. Again think Van Halen – I think most of us will agree that their takes on The Kinks‘ “You Really Got Me” and the often covered “You’re No Good” take the cake over the rest. So yeah, Joan and company rocked some cool original tunes on I Love Rock ‘N’ Roll but holy toledo, did they also rock the crap outa some nifty covers including, but not limited to, the title track. Defnitely far better than that travesty of a take Britney Spears laid an egg with years later.

Speaking of “I Love Rock ‘N’ Roll,” nowhere else in 1981 was there to be found a rock and roll anthem so infectiously catchy that it bridged the gap between ’70s Glam and Punk Rock in a way that it even fit in with the rougher shades of New Wave and Power Pop. At a time when radio was still cool, this now legendary classic was all over the radio blasting from weekend car radios, through every inch of roller rink space, arcades and so on. Yeah, I guess after a while, it might have gotten a bit overplayed but even so, years later when it comes on somewhere, you can’t help but to get pumped up and wanna sing along. Even better part is, for those who gave the whole record a shot, it was like that from groove to every lovin’ rock and roll groove.

Legend (or history, depending on the source) has it that Joan and her Blackhearts barely wasted a second choosing to cut tracks during the week while gigging ferociously on the weekends which might have a bit to do with the decision to go halfsies on the covers on I Love Rock ‘N’ Roll. Heck, if you were tight as ’70s jeans live, wouldn’t you wanna pick your best tracks even if some might be covers? In addition to the title track which Jett covered for a good while before recording it, killer takes on Tommy James & the Shondells‘ “Crimson And Clover” (released as the second single to promote I Love Rock ‘N’ Roll), Dave Clark Fives‘ “Bits and Pieces” as well as a romping version of The Halos‘ “Nag” were included throughout with raw effect.

Blurring the original/cover line, Jett even revamped an old tune she wrote for her old band The Runaways. “You’re Too Possessive” which on I Love Rock ‘N’ Roll benefits from a tighter band and nearly a half-minute less of extra unnecessary space found on the original Runaways version. Toss in odd closer “Little Drummer Boy” (included to vibe with the holiday season and shortly after replaced by track “Woe is Me”) and you have a pretty cool mix of covers more meant to please the band than any record buying public. Limited editions also included the band tearing up classics like “Louie Louie” and “Summertime Blues” and throughout each cover, the band hardly missed a rock and roll beat but despite those better known killer renditions on the album, my fave has always been “Nag” with all its energetic, snarky, punkiness.

Of course, bands tend to tear up covers out of a sheer love for ’em but it’s that love that makes a rock and roller wanna not only emulate their heroes live but also creatively. Joan Jett can write a straight up three chord rock and roll song just about as punky good as anyone. Heck, it might not be popular to even say so in this space, but I’d have to give Joan major grades a good bit higher than her ex-bandmates including Lita Ford. Sure, Lita might be the better guitar player technically but Joan is easily the better rock and roll writer which is evidenced on I Love Rock ‘N’ Roll via tracks like the obnoxiously infectious “(I’m Gonna) Runaway” which excudes all sorts of New York Dolls rock and roll loosness as well as stomper “Love Is Pain” which delivers a mix of snarky attitude and anthem goodness. “Victim of Circumstance” scotch tapes catchy, fun verses with a slower plodding chorus to create this awkward rock and roll mix that somehow works. OK, so Joan was never gonna be confused with a serious technically progressive artist but she still had her moments of tossing a dirty wrench into the mix and this is definitely a case of that. A tad bit of Bo Diddly, Buddy Holly shuffle courtesy of “Be Straight” and the Joan Jett job on album numero two is complete including an appearance by the soon to be ’80s cool Greg Kihn.

1981 was a year filled with catchy pop even in a lot of releases considered rock and closing out the year with this unexpected, out of nowhere gem from the least likely of rockers in Joan Jett was not actually a breath of fresh air but more like an out of breath kick to the gut. The songs were simple, short, and to the point which somehow made them perfect for radio at the time. It was the ’80s after all and if you remember, rock and roll would only get simpler, shorter, and more to the point – cheesier but certainly funner and funner until those rainmakers from the Northwest kinda got sick of it all but you know what? Even those dreary folks loved Joan Jett. And why not? At the end of the day, the one thing everyone had in common, despite maybe each of their tastes being a little different, they all had some reason to say “I Love Rock ‘N’ Roll.”