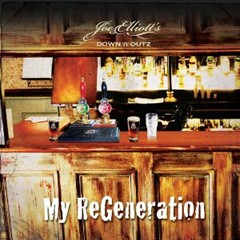 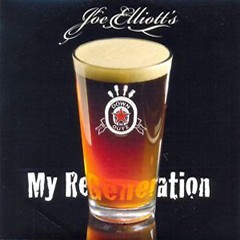 The Down ‘N’ Outz opened for Mott The Hoople on their last 2009 reformation show at London’s Hammersmith Apollo in October — that is all good, but how would the liveliness of such a project go over in the studio? Well, Joe Elliott took the Down ‘N’ Outz into the studio and tackled some of the Mott related material and the results are very impressive. The loose attitude is heard throughout the album and I’ll go as far as to say that Joe Elliott hasn’t sounded this good in years as the song selection fits his vocal range splendidly. Elliott really sells the project with his passion for the music coming through the speakers and the rest of the Down ‘N’ Outz follow suit with their flawless interpretations of the classics. The standouts of My ReGeneration are “Golden Opportunity”, “Storm”, “England Rocks” (aka “Cleveland Rocks”) and “3000 Miles From Here”.

Produced by Joe Elliott and Ronan McHugh, My ReGeneration is highly recommended. Who knows, this CD might even motivate you to check out the originals.