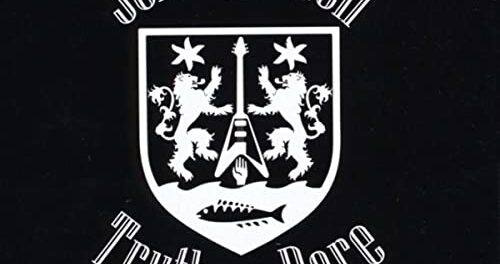 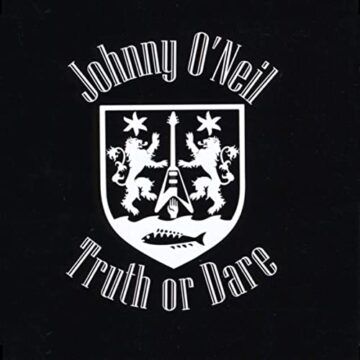 Review:
Dare Force — the name rang a bell but I couldn’t quite put my finger on it. Eventually, I put two and two together. Sleaze Roxx had done a concert review two years ago that included the veteran Minnesota band who had been around by that point for more than 30 years. Earlier this year, Sleaze Roxx had premiered the debut video for the new group A Rising Force, which consisted of three former Dare Force members (bassist Brian Lorenson, drummer Lane Allen and guitarist Leni DiMancari) along with singer Mark Westlund. A little later this year, Johnny O’Neil‘s debut solo album Truth Or Dare arrived out of the blue at the Sleaze Roxx headquarters and I eventually learned that the singer had branched out on his own while his former bandmates got a new lead vocalist. As it turns out, O’Neil must control the Dare Force Facebook page because it is still active but mainly with stuff about his debut solo album.

I must say that I was pleasantly surprised with how good that O’Neil‘s debut album is. Given that I have also been digging A Rising Force‘s debut single, I must say that I am curious to see what Dare Force sounded like but that’s for another day. As I first listened to Truth Or Dare and that was before I made the Dare Force link for O’Neil, I could tell that this was not the singer’s first rodeo so to speak. Clearly, O’Neil had been playing for some time because the songs on Truth Or Dare had a certain maturity to them. I think what stood out the most for me was how O’Neil allowed the songs to breathe by not overplaying on them and really letting the various notes sink in when you listen to them. There’s no doubt that you feel some emotions when listening to Truth Or Dare.

O’Neil‘s debut solo album starts off with a simple but intriguing guitar riff, some drums and then some rather subdued “Hey hey” chants before O’Neil’s bluesy and moderately paced vocals kick in on “Snake In The Grass.” It’s easy to get sucked in and intrigued to hear more, and that’s exactly what happened when I put on Truth Or Dare for the first time. I would go from one track to another thinking “Man, that was cool. I wonder what the next one sounds like?” and before I knew it the album was over. As I previously indicated, O’Neil has a knack for really letting the songs breathe and you can really feel every note. I am not a big fan of the half paced rockers most of the time but when they’re done as well as on “Snake In The Grass”, I have no objections. The slide guitar solo on the track is a nice touch.

“Comin’ For You” starts off in the same vein as “Snake In The Grass” with a captivating slower paced guitar riff before the song really kicks into overdrive. There’s a great melody to the song which would fit in with any classic rock tune that you might hear on the radio. It’s an easy listening experience. “Tell Me What You Think You Know” is a cool track as well. It’s got a cool groove to it while staying within that classic rock genre. “Down And Round” is a very melodic tune but that doesn’t sell out if that makes any sense. I found myself singing along to the subdued but catchy chorus almost every time that I hear the track. Oddly enough, right in the middle of the album is the song “Ode To Mark” which is an acoustic all instrumental number that doesn’t even reach three minutes but that is surprisingly quite enjoyable. “Temple” is a moody, bluesy slow paced rocker that again is quite enjoyable. Usually, this would be the type of track that I would skip but so far, it’s always kept me in for the duration.

There is however one track that I have started skipping and I really wonder why it was included because it is simply an unnecessary cover of The Beatles‘ “Revolution.” First of all, that song seems to have been covered to death. Stone Temple Pilots, the Thompson Twins, Enuff Z’Nuff and Trixter have all covered the track in the past. Second of all, it feels like the song has been overplayed quite a bit as one of the last singles coming from The Beatles before they broke up. Finally, O’Neil‘s usually subdued and slower paced delivery just doesn’t work on “Revolution” leaving the song to fall a little flat. Thankfully, O’Neil ends off Truth Or Dare with a cool rocker (“World Run Amuck”) that once again features no singing. Two instrumentals on an album with only nine songs! I never thought that I would give a good (and perhaps great) review for a record with two instrumentals on it. Whatever the case, “World Run Amuck” features some awesome guitar work including solos from O’Neil who definitely plays a mean guitar.

Overall, O’Neil‘s album Truth Or Dare is the surprise record of the year for me. I never thought that I would like it so much but when you realize how much experience that O’Neil has under his belt, which apparently includes Dare Force opening for KISS on the Creatures of The Night Tour, you realize that it’s not surprising that the man could come up with a killer record. Check out Johnny O’Neil‘s debut solo album Truth Or Dare. I think that you’ll be pleasantly surprised!