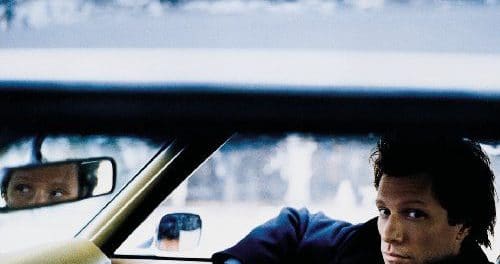 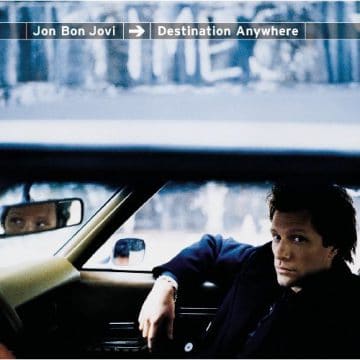 Review:
Since the first time I heard “Runaway” on a breaking artist segment on old area rock radio station 96RXR, I have admittedly been a mark (a term usually primarily used in wrestling to describe a fan who idolizes a particular person to the point some might consider excessive) for songs written by Jon Bon Jovi. Whether it be the easy to relate to tales of struggle or the romanticized relationships featured in his songs, there is just something that continues to strike a chord within me to this day. While it’s true that as time continues to move on, I find less and less tracks on each new Bon Jovi release contain the ability to capture whatever it is I find appealing about the songs he writes, I can usually find at least one track that moves me per CD. Well aside from 2015, toss out release Burning Bridges.

I can still remember walking into a room in the mid-’80s and finding myself in a conversation with Jon that included me listening intently through a mini-lecture on songwriting and how the best songwriters connect by writing what is real to them. I would take this into consideration on the next song I would write purely by accident. While in all honesty, I really didn’t know much about the “cruising the bouldevard” songs I had written for my then band, at that point I tragically understood the pain of heartbreak which led to the creation of a song that to this day many consider their favorite of the many I have penned over the years. But anyway, back to Jon.

In 1997, many like myself found little to grasp on to in mainstream music. Never one to sit through the annoying vocals of Eddie Vedder and the slew of pop bands and teeny bopper ’90s offerings, I had pretty much moved away from listening to radio and started to discover and rediscover older artists such as ’70s acts like Starz and Big Star, not to mention Jon Bon Jovi influence Bruce Springsteen. Luckily for me, Bon Jovi themselves had from that first album in 1984 released a continual stretch of six pretty solid albums culminating with 1995’s These Days. But by 1997, I was ready for more Bon Jovi and looked to merely settle when it was announced that Jon would be releasing a solo album titled Destination Anywhere, a second solo album released as a soundtrack to a film. While the film itself, starring Jon and actress Demi Moore in addition to several other actors is hardly a gem, the music stands more as a step away from the band Bon Jovi than previous solo release Blaze Of Glory featuring some clever writing and a mix of catchy, tunes that give more of a nod to his Jersey music roots than any of Bon Jovi’s releases to that point.

Kicking off with first single “Midnight in Chelsea”, I originally found myself only mildly interested. While catchy, on first listen it did seem to drag and if that wasn’t disheartening enough, second single “Queen Of New Orleans” immediately struck me as a bad rip off of Tom Petty’s “Last Dance with Mary Jane.” So far, hardly enough to waste my time trekking down to the local record store and shelling out the dough for a copy… so I decided to pass. Then one day, bored out of my mind, I was invited to drive down to Myrtle Beach, South Carolina for a show to be filmed for possible TV and DVD release use. The concert was geared towards the Destination Anywhere CD and might have even been a contest promotion or something but it was then that I heard the next couple singles and decided to take a chance on the album after all.

In the ’90s, I covered very little new material with my band or during solo acoustic shows. Most of the tunes would be my own material and covers from the ’70s and ’80s but once I heard third single “Janie, Don’t Take Your Love to Town”, I found myself playing it acoustic. Once the guys in the band heard me play it acoustic, it ended up in our set. But I think what captured me as a fan and a writer is the cleverness of the writing on Destination Anywhere. Ok so as far as raise your fist anthems are concerned, this is hardly crowd the stage scream along stuff like “In And Out Of Love” but hey, it’s not meant to be.

Now few people can try and take a turn towards clever and still manage to make it their own but with lyrics like “And I wish I were a camera sometimes so I could take a picture with my mind, put it in a frame for you to see how beautiful you really are to me” (from 4th single “Ugly”), Jon Bon Jovi flexes his musical boundaries while still maintaining the bed of what makes a Bon Jovi song sound like a Bon Jovi song. It’s clever and different for an artist whose band, while lumped in with ’80s hair bands, possessed an undercurrent of musical style not restricted by the typical constraints of other bands of the period. So it shouldn’t be surprising that Jon (and band Bon Jovi) have been capable of moving in other musical directions while remaining a huge concert draw around the world. Of course what it boils down to is that this is still an album by the main writer in Bon Jovi so it should also not be a surprise to find tunes like “Every Word Was A Piece Of My Heart” and “Staring At Your Window With A Suitcase In My Hand” that could easily fit on Bon Jovi albums closer to this time period.

At the time, critics were mixed on the release with some praising the soundtrack but many turned off by what they considered to be too many slow, drawn out dreary tracks. This could also possibly be attributed to the fact that most music writers given the assignment of reviewing Destination Anywhere were more than likely also not assigned to view the film, a dark piece detailing the struggles of a couple dealing with the loss of a child and alcoholism. The movie hardly lends itself to a peppy soundtrack.

Over the years, I have heard that this album, for Bon Jovi fans who like it, has been one that has needed to grow slowly on a person. I have found that most Bon Jovi fans who love Destination Anywhere are women and I can only assume that they are drawn by Jon Bon Jovi’s ability to romanticize his creations with bits and pieces of moments that those who never tire of fairy tale type notions hold close to their hearts. But for many listeners, the escape is sometimes better than real life.

It dawns on me that many fans of Sleaze Roxx will immediately scoff at there even being a glimpse of a review for this album on this site. And some may even be loud in their criticism of a piece even mentioning themes of cleverness and romanticism but please consider this, there are reasons why some bands, despite being amazing in their heyday, have failed to maintain any sort of musical output while hanging on to the same formula (not every band can be AC/DC) while Bon Jovi continues to thrive and not only maintain an audience, but build on it. We all grow and while everyone (myself included) would love to go back and relive amazing times, it would be a crime to miss out on great things by immediately lumping them outside of the norm.