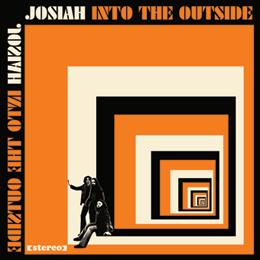 JOSIAH
INTO THE OUTSIDE
Released 2004 (Molton Records)

Review:
Josiah is a relatively new band that sounds like it was spawned for an earlier era. Into The Outside is a throwback to the garage bands of the late 60s acid era – evidenced by their distorted/fuzzed out guitars, psychedelic influences and right down to the retro album cover.

Josiah manages to meld the sounds of unheralded dropouts Blue Cheer with the nostalgic leanings of Monster Magnet and Kyuss. In fact the lead vocals sound like that of Dave Wyndorf, with some bluesy Ron Young moments thrown in. The first three songs show that the band is capable of some killer material – the hard-hitting backbeat of “Turn It On” makes it a guaranteed foot-stomper. “Sweet Time” comes across like Ram Jam‘s “Black Betty” in its simple yet effective song structure. The disc finishes with an appropriately named “Unwind Your Mind”, as I am sure the recording of this album was done in a cloud of smoke.

Aside from the annoying chorus to “Bloodrock” (someone must have been smoking the wrong end of the pipe that day), this is a quality release. Monster Magnet fans should be all over it. Retro rock with a touch of blues, soul and more then enough rock to satisfy metal fans. I like it, and suggest you check out the band at either www.josiahrock.co.uk or www.molten-records.com.