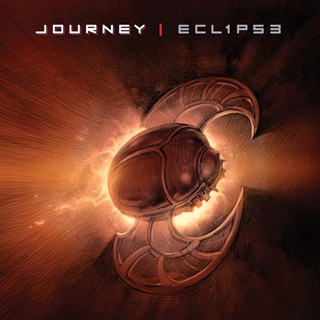 Review:
I need to start this review off by making one thing painfully clear — I love Journey. I have loved this band since I was a kid, and as I approach 40 years old, I love them more now than ever before. Some of the greatest songs I have ever heard in my life have been written by Journey. Some have been huge hits — some haven’t — but the quality has always been there. That isn’t to say that every Journey song is great, nor does it say that every Journey album is great — but overall, their body of work over three decades speaks for itself.

When Journey announced that Arnel Pineda had come on board a few years back I was thrilled, as the infusion of a new singer was great news. The Revelation album they put out in 2008 was strong, and even though I didn’t love every song, the album featured two cuts (“Never Walk Away” and “After All These Years”) that were every bit as good as the Journey classics we’ve all known for years. I thought the album fell far short of Trial By Fire and Arrival, but it beat the hell out of both the Red 13 EP and Generations. There was just enough on Revelation to get me really excited about a new album with Arnel Pineda…

The follow-up to Reveltaion, the new release Eclipse, is now out. I ran to the store to get it on day one, and I couldn’t wait to get into the car to listen to it on the way home. I had read countless great reviews of the release, and I couldn’t wait to write one myself for this site — sadly, that won’t be happening. I have read that Neal Schon is “in love with this record” and apparently a few others are as well. I, for one, am not. I have listened to this CD, front to back again and again, and I hear nothing to be in love with. On this CD are 12 songs that are, almost without exception, profoundly dull. I have learned over the years that when Schon starts talking about making a ‘real rock record’ to expect a subpar release — because according to him a ‘real rock record’ is free from the melodies and choruses that are found in the most pop of Journey songs, which are the ones I really love.

When Journey is doing what they do, writing brilliant and catchy pop anthems with soaring choruses that take us back to the days of yesteryear, they are the best melodic rock band in history — the one that all other melodic rock bands are measured against. Tracks like “Faithfully” and “Don’t Stop Believin'” are songs that will last long past my lifetime. But when Journey leaves the realm of commercial, predictable, pop anthems and enter into what Schon refers to as ‘real rock’, they immediately become (at least for me) a bunch of old men trying at the age of 60 to re-invent the wheel — and failing.

It’s a sad day when the artists so influenced by Journey‘s classic songs (think Danny Vaughn, Rob Moratti, Danger Danger, etc.) are putting out material that is far superior to what the masters themselves are delivering. So for Eclipse the choice is clear — if all you want is great production and a new CD from Journey, you’ll get both here. But if you want great, classic melodies that will stick in your head for hours after you press stop, you better put in an old classic, because this new CD features 12 songs that fall far short of what I was hoping for.