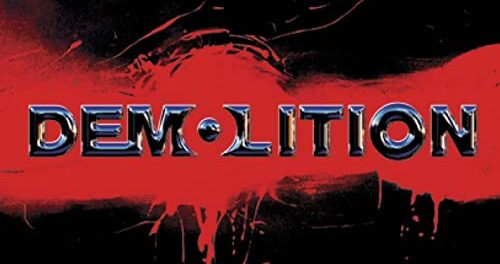 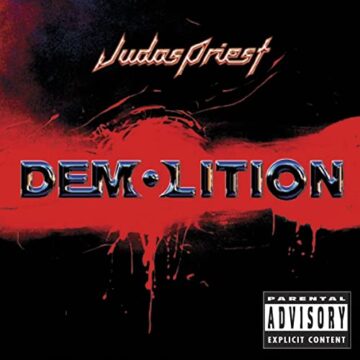 Review:
My first real exposure to Judas Priest was when I bought a bargain bin cassette of British Steel, the classic album by the band when I was in high school. I knew of Judas Priest via MTV, but never really went out and got their work until the early 1990s when I was starting to dive into more hard rock/metal music. I found the Tim “Ripper” Owens Priest era CDs at a used store for a good price and decided to take a chance on them years after he left the band. Owens was in Iced Earth by this time, and Rob Halford was back handling the lead vocals. I knew of Owens, not only from his story based on the 2001 Rock Star movie, but because I live just over an 90 minute drive from Akron, Ohio (where he is from) and I knew of his work from a friend who lived in that area.

In his book Heavy Duty, K.K. Downing stated that he found it hard to motivate himself to write for the second (and last) studio album with Owens as singer, due to internal band problems. Downing also writes that he hated the cover for Demolition, but the rest of the band, along with others in charge of promotions, thought it would be a great cover to use to help sell t-shirts. Cover withstanding (I have seen worse covers actually, and think it has a neat metal look to it), it’s all about the music at the end of the day.

The album starts off with the solid drumming opening by Scott Travis in “Machine Man.” This hard rock opener has a thrash/speed metal tone to it, setting off a rocking start to the album. The lyrics about car racing in the streets adds to the powerful drive of the track that gets the listener’s fist pumping off the start. The song is forceful in musicianship, and Owens lets out his Rob Halford version scream towards the end of the song to appease the listeners of the classic format. “One On One” is a mid-tempo sing with nice guitar fills throughout the song. This is a more classic metal song than the first track, and has a run time of over six minutes long, but it doesn’t seem like it’s that lengthy, which is another good thing. The duo guitar crunching of  K.K. Downing and Glenn Tipton is something fans of the wrestling league ECW would like. This would been good intro music to one of those extreme wrestlers in the day.

One of the underrated songs on the release is “Hell Is Home.” This song starts off with a slow, creeping groove, and defines what some early metal songs were like for me — a sense of doom and darkness to it. Lyrically, the song deals with being an outcast, which is another topic that metal fans may relate to, and is a common theme for the lovers of the genre (in that many don’t understand the love of the music, and listeners sometimes may seem like they are the only ones who like the music). The short “Jekyll And Hyde” has a slow groove until it picks up towards the end, with another Owens scream. With three songs starting off at over five minutes long, this shorter song fits well in the placement of the tracks. “Close To You” has an Ozzy quality to it, in the style of the lyrics and the production. This is another short track, without unneeded or extended verses to it. This ballad starts soft and builds, and just ends without a fade out. The added keyboards in the song gives it a movie soundtrack feel in its beginning.

“Devil Digger” goes back to a classic format in trying to get the loyal Priest fans back, who may have had problems with Ripper as the frontman. The drumming by Travis is strong here (and throughout the whole album). The lyrics aren’t as strong, especially on the chorus, as some of the other songs. Although the music is nice, the weaker lyrics hurts it. “Bloodsuckers” is another pleasant listen. It lyrically speaks about the judicial system (especially with lawyers) and features Ripper‘s vocal range from low/mid-range to his high notes in the same phrasing. The drumming and guitars bring another classic feel to the song, which is something I enjoyed, as opposed to an album of all the tuned down guitar sounds that was becoming the normal at this time. It is followed by “In Between,” which is another song that should not be overlooked.

If there is a hidden gem on the album, it may well be “Feed On Me.” The movie soundtrack opening starts off, but then kicks into a Ronnie James Dio or Rob Zombie style of lyrical style. Why wasn’t this song released by the label as a single is beyond me, because this could have fit on rock radio anywhere. The dark ending (again Dio or Sabbath like perhaps?) helps the song as well, and ends like the needle of the album just got warped, which is a nice touch for a hard rock song. “Subterfuge” keeps the political statements going in the lyrics. Sometimes the writing of the band is overlooked with the post-Halford line-up. The songs in the Halford era were mainly about partying and being accepted in society, but let’s not discount the other writings of Tipton/Downing and the other songwriters that helped on this record. Ian Hill‘s bass playing helps carry the song here, and while the two guitar players usually get all the credit, the rhythm section is tight. I also like the production on this song, where on some of the other songs the power in the vocals on the choruses are lacking at times.

“Lost And Found,” is a ballad that may be my favorite on the release. I am not ashamed that I like ballads on albums. My ears cannot handle an hour of all rock songs, and there are times when ballads prove that the band can show some of their best musicianship. This song has an 1980s ballad feel to it, and again, should have been released as a single. There was a music video for this on YouTube, but the research I found stated that one single was released from this album, and was “Machine Man.” The lyrics are wonderful as well, describing overcoming struggles and obstacles. To think that the band could only do straight forward hard rocking songs, is disproved here, as the band shows another side of their talents.

Drummer Scott Travis gets a co-writing credit with Tipton on the next song, called “Cyberface,” about computers, which shows that the band was still in touch with what was going on in the world, and not just writing about cars and wars. Vocally, Owens reminds me of Layne Staley here. It’s interesting looking back now seeing that Owens as the singer, has no writing credits on the album, but the drummer does. I just found this unique, and possibly odd, when reading the credits. The last song is “Metal Messiah,” a mash up of a track. The verses overlap each other, and brings a current metal sound to it (current at the time that is), which did nothing for me. I was not a fan of the hard rock sounds (some labeled it nu-metal), but the music saves the song. The good thing about this track is that it is last, so I could skip it. Even though I like albums that end strong in tempo and strength,  this doesn’t do it for me.

Overall, there is good and bad songs on the release. There are hidden gems on this release. The critique that Tim “Ripper” Owens is not Rob Halford is always a debate (like any singer who gets replaced in any band), but he didn’t need to be Halford. He has the talent to handle his own, and coming in after the well loved singer leaves the band is tough to pull off. How many people would actually say no if asked to sing in their favorite band? It’s just like the argument of Eric Singer and Tommy Thayer wearing the KISS makeup. If they didn’t do it, someone else surely would. One can’t blame Owens for giving it a shot, and let’s face it, how many people can really compete with Rob as a vocalist anyway? The album overall isn’t one great track after another, but it does deserve its spot in the Priest history.

The album gets a Parental Warning sticker on it due to some of the lyrical swearing, which also didn’t separate the album from the other harder bands of the time. They were doing the same thing as their counterparts with using the “fuck” word in many lyrical phrasing, which was different from the past Priest songs with Halford.  I wasn’t going to run out and blast most of the bands from this era being a Christian and hanging around many other fellow Christians, which also made me selective in certain hard rock releases during the grunge / nu-metal years. The lyrical content also made me not play this CD as much as other Priest songs.

Regardless of the listener’s personal taste in lead singers, there is still great musicianship throughout this CD, along with some heavy songs which don’t deserve all the hate they seem to get. Owens combined the higher range notes and screams with the groveling lower range, and regardless of what lead vocalist you prefer in the band, one can’t discredit his skills that are featured here. There is solid, strong drumming, dual guitars, and driving bass playing, which contains rocking fast metal, a ballad, and mid-tempo styles. The Owens Priest era was a different band, and musical landscape was different than the ’70s/’80s Halford work.

Demolition may not be a CD I reach for to listen to frequently, but it doesn’t have to be collecting dust on the rack either. It may not been a classic Judas Priest album, like a British Steel or Screaming For Vengeance, but it is still a decent metal record for the era it was released in. Owens and the guys provide quality musicianship, although it may be lacking memorable timeless songs like the band’s earlier work.