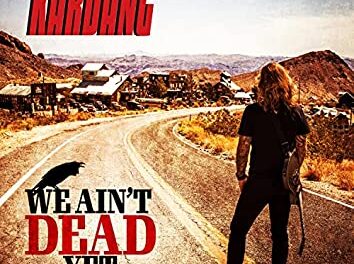 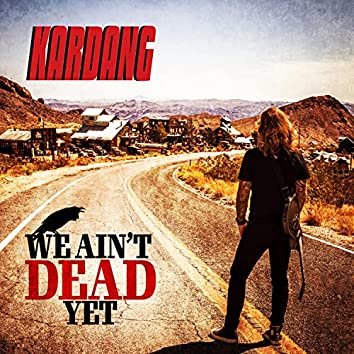 Review:
Hailing from another of sleaze rock’s spiritual homelands, Norway’s Kardang unleash their debut album in the hope that it will add their name to that area’s illustrious rock past. Things get off to a solid start, after a twinkling twin guitar intro, with the chugging “Turbo Prince” before the gears are immediately stepped up for the title track. Perhaps this should have opened the album as it is instantly infectious with a very Sunset Strip feel and is unsurprisingly the current single. The boogie styled “Guilty Pleasures” is up next and must be another strong candidate for single selection; as should the mid-tempo “Woman Like You” which, to me, had a real Night Ranger feel to it.

“Roll Baby Roll” is a lascivious party anthem which features a neat backing vocal from Cindy Kvinlaug and wouldn’t be out of place on a Jackyl album (if they ever did party anthems). “Junkie Jane” is a full on Ratt-like tale of lust on the streets with another strong vocal performance from singer Owe “Chris Williams” Wilhelmsen. Up next is the rather stadium rock-by-numbers “Piece Of You” which, although a bit of a slight blip in the proceedings for me, is nevertheless seamlessly done, with the guitars of both Henning “Boogie Silver” Sirnes and John “Jonke” Kare Werdel again in fine virtuoso form.

The southern fried “Black Sky” has a real 38 Special flavour to it which is definitely no bad thing, and no mean feat either, and this continues into the summertime roadhouse joy of “Touchdown”, before changing into the stomping arena styled “Magic”. The consistency of Terje “Terry Hammer” Hamer’s bass and Fredrik “Freddy” Gyland’s drums also merit a mention as they are solid throughout and shine further on the shambolic, defiant encore of “Face To Face.”

The production is clean, the album cover is cool, the band members are practically faultless throughout, and in vocalist Wilhelmsen, they certainly have an exceptional sounding frontman. There are a couple of “personal taste” track issues for me,  but these are nullified by the effective quality of the songwriting that overshadow such minor moans. The influences are apparent, so if you remotely like any of the ones mentioned, then you will almost certainly like this. And even if you don’t, just wind the window down, turn it up and enjoy the ride because this is a mighty fine album indeed.

Kardang‘s “We Ain’t Dead Yet” video: