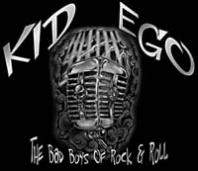 Review:
Kid Ego is a new band from the United Kingdom, and on this two song single they prove that they can rock with the best of them. Even though they have only been together since 2004, they have a very mature sound – hard engaging rock with a great sense of melody.

“Lady Conniver” is an exceptional song, it has the right mixture of go-for-the-throat rock and harmony. The song reminds me of classy 80’s hard rock, like a heavier version of Coney Hatch with a big drum sound. Vocalist Zakk has a killer scream but can also sing, and that makes for a cool dynamic. “Till I Die” is in much the same vein, but the backing vocals aren’t as good and therefore it doesn’t reach the heights of “Lady Conniver”.

These two songs are impressive, and the upcoming full-length (due in April) entitled Ignite The Tide will be an album to keep an eye out for.