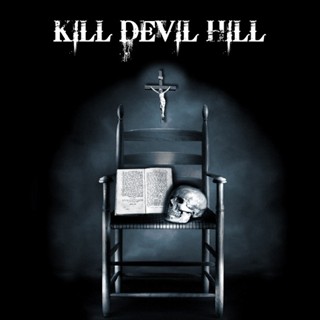 Review:
Drummer extraordinaire Vinny Appice has put together his first post Heaven & Hell project with singer Dewey Bragg and guitarist Mark Zavon. Bragg is best known for his work with the Texas based groove metal band Pissing Razors while Zavon is remembered for his 40 Cycle Hum work. Calling themselves Kill Devil Hill, the band originally featured bassist Jimmy Bain who has since been replaced by former Pantera and Down member Rex Brown.

Kill Devil Hill has more in common with the glory days of grunge than it does with any of the bands the musicians have previously been associated with. Don’t let the comparison scare you if you didn’t ‘like’ the grunge reign though — there are enough other influences from doom, groove metal and traditional metal heard on Kill Devil Hill to ensure that you’ll enjoy their music. If you can imagine Alice In Chains meets Corrosion Of Conformity meets Black Sabbath — then you’ll have a good idea what Kill Devil Hill are all about.

The self-titled debut album features a dozen tracks; eight of which are fantastic, two that are good, and two that lean heavily in the direction of ‘filler’ territory. Overall it’s not a bad for a band that could have coasted, included two or three acceptable tracks and relied on their names to sell the product. The standout songs on Kill Devil Hill are the powerful lead-off track issued to radio to introduce the band, “War Machine”, the stellar “Hangman”, the incredible “Gates Of Hell”, and “Rise From The Shadows” which features an outstanding bass intro by Rex Brown — this is a shining moment whereby Brown and Appice lock horns and deliver one of the most brilliant displays of what a rhythm section is all about. Mark Zavon‘s playing is gritty, yet explosive, and his guitar riffs might make you believe that Tony Iommi hasn’t written every ‘enormous’ power chord in existence. Singer Dewey Bragg has a doomy and commanding vocal approach that has enough melody to bring in some of the ‘radio friendly’ rock listeners and please the metal crowd simultaneously.

While Kill Devil Hill didn’t deliver a knock-out punch, they killed it in 8 rounds, were competitive in 2, and fought to a draw in 2 more — you can’t say that about most bands these days.