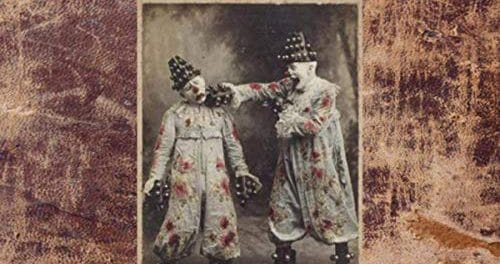 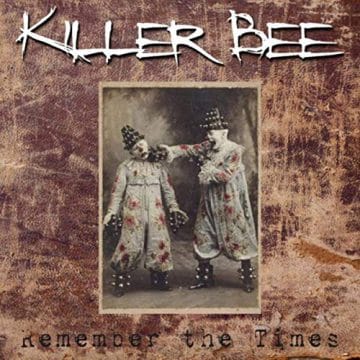 Review:
I’ve never been a big fan of keyboards but there have been a couple of songs filled with keyboards / organs that are out of this world. For me, one of those tracks is Deep Purple‘s “Perfect Strangers” with the dominating but fantastic organ playing from the now deceased Jon Lord. Although Sleaze Roxx has covered Killer Bee on a regular basis over the last few years, I must confess that I have never really been familiar with their history until today. I knew that the band had been around a while and was the brain child of bassist Anders “LA” Rönnblom and lead vocalist Brian “Bee” Frank. Remember The Times is actually the band’s 11th studio album with the first one dating back to 1993. I must say that I was quite shocked when I heard the opening track “Rockaholic.” The keyboards were very prevalent and dominating on this fast paced track but really sounded great. It reminded me of Jon Lord‘s organ playing on “Perfect Strangers” that really made the song stand out so much.

The title track was another rather fast paced song where once again Pelle Karlsson‘s keyboard playing dominated. By the time that I heard the third track “The Kid’s Ok” — another fast paced keyboard infused track highlighted by Frank‘s deeper vocal delivery — I wondered how I had missed this band. I was seriously thinking that this record could easily make the Sleaze Roxx’s Top Ten Albums of 2019. The following three tracks however reminded me why Killer Bee had not grabbed my attention over the last year. Unfortunately, the three weakest tracks on Remember The Times — “Victorious”, “Road To Jerusalem” and “Shine A Light” — all received the video treatment but really are not representative of most of the songs on the album. They are slower paced with the first two “building” type of songs. “Road To Jerusalem” reminds me of Led Zeppelin‘s slow and steady song “Kashmir” (which I have never really liked) and is probably the one song that I now skip when listening to Remember The Times.

Putting aside those three tracks, the rest of Remember The Times is simply stunning to here. All of the remaining songs really rock and highlight Killer Bee‘s strengths. “Rockaholic” is a fantastic opening track with a memorable chorus. “Remember The Times” starts off with a great guitar riff surrounded by the ever prevalent keyboards and keeps up the pace throughout. The video for the track is neat as you simply see the band’s merchandise and music from the past. The best track by far is “The Kid’s Ok” which has some cool background vocals throughout and lots of killer melodies. I am at a loss why a video was not put out for this track. “Hold Your Head Up” is the seventh track and picks the pace back up. It’s a solid song but not the best out of the seven faster tracks on the record. “Gotcha (Better Believe It)” is one of the strongest songs with the “Hey yeah yeah” portions, the piano sections (almost Billy Joel like) and the cool grooves throughout. Remember The Times closes with the rather epic “Burned” which has a real old school feel to it.

While I have criticized the three slower tracks, the reality is that I am really impressed with Killer Bee‘s Remember The Times, which is a real throwback to old school rock n’ roll with Karlsson‘s dominating keyboards and Frank‘s solid vocals. A lot of credit has to go to Rönnblom who apparently wrote all of the music and did the arrangements for the songs along with Frank. This is definitely a release worth checking out if you like old school rock n’ roll with some prevalent organ like playing. Remember The Times is a very fitting title for this record.

First Single from the upcoming Album “Remember The Times” due to release February 2019 on Freedom Records Sweden.SPOTIFY: https://open.spotify.com/album/6X7D…