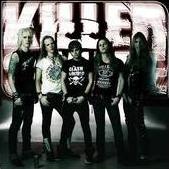 Review:
I’ll give you guys one guess to figure out what country another of rock’s newest sleaze bands is from. If you didn’t guess Sweden, Stockholm to be exact, then you haven’t been paying attention. That’s right, the land of Vikings has produced another band to keep an eye out for (how do so many bands fit into such a small country?) and this time it is Killer Smile who have just released their third demo collection.

Killer Smile sound a bit like an early Crashdiet, with ample amounts of both crunching guitars and solos. “One Down (Two To Go)” gets my vote for best track, but each song delivers the goods and no one tune really overshadows the others. Vocalist Patrick has a gruff voice that occasionally turns into a blood-curdling higher delivery. Personally I wish he would stick to the lower register, but the way he sings now gives him a unique sound.

These demos sound better and better with each listen and when I was transferring each song to my jukebox I gave each one a rating of 4 out of 5. They are great songs, but there wasn’t one that stood out completely – with a bit more work Killer Smile may stumble upon the perfect track, they are close.

On the album artwork the members of Killer Smile are sporting shirts by bands such as Guns N’Roses, L.A. Guns and The Clash, and judging by the three songs represented here each of those groups have played a part in shaping Killer Smile‘s sound. These guys aren’t the best to come from Sweden, but they are pretty good and worth a listen.