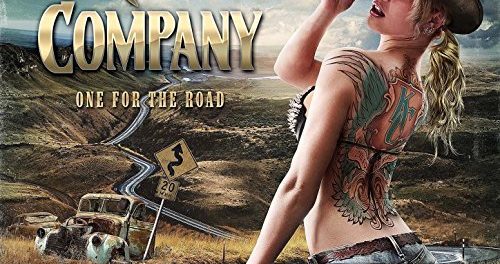 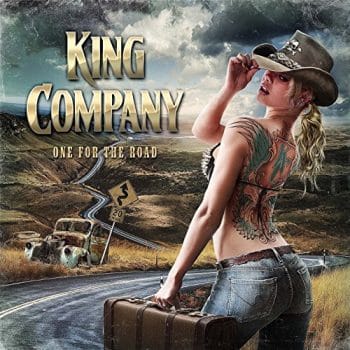 Review:
Originally named No Man’s Land, the band released a three song demo in 2014 to great success. However, since there were already at least two other European bands with the same name, Frontiers Music Srl suggested the new name King Company, and the name stuck.

This group from Finland has something to offer. Contrary to its confusing and poorly chosen southern USA style album cover, there isn’t much country to this band. They are rock hard and ready to perform. “One For The Road” is a solid guitar based song, harder and faster than your typical George Lynch song, but the comparison is appropriate. “Shining” incorporates keyboards from the beginning, which I’m not sure I like. Fortunately, they disappear quite quickly behind some great guitar work by Antti Wirman.

Again, Wirman’s guitar work sounds superb but gets buried behind the keys of “In Wheels Of No Return.” As a result, this song really does nothing for me. I get blasted by the aptly named “Coming Back To Life” which restrains the keys in favour of strong guitars and a good vocal line. “No Man’s Land,” “Farewell” and the Danger Danger like “Wings Of Love” seem to be a bit of filler. “Castaway” does start with keys rather than guitars, and in this case… a mid-tempo quazi ballad I don’t mind so much. “Desire” is one of the harder, crunchier guitar lines on One For The Road, offering a Jake E Lee style Badlands sound. Finally, “One Heart” has a slower “Kashmir” like intro, and seems to try and recreate that sound in some ways.

The final analysis tells me that King Company‘s One For The Road is a much harder melodic rock album than the cover suggests. One For the Road would fit well amongst other modern acts like Treat or Vega.

King Company‘s “In Wheels Of No Return” video:

King Company – “In Wheels of No Return” (Official Music Video)

King Company‘s One For The Road EPK:

King Company “One For the Road” EPK (Official)