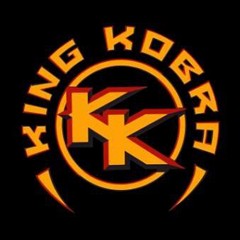 Review:
King Kobra have always frustrated me — at their peak they were an incredible hard rock band, and at their worst they were either too sappy or completely forgettable. It seems like they would put out a great albums, Ready To Strike and King Kobra III, followed by less than desirable ones, Thrill Of A Lifetime and Hollywood Trash. So if history repeats itself this brand new self-titled release should be a scorcher… and thankfully it is!

With the classic King Kobra line-up in tact behind new singer Paul Shortino the band set out to recreate their signature ’80s sound and not only succeeded but also surpassed all expectations. While former Rough Cutt and Quiet Riot frontman Shortino has a much rougher and bluesier voice than Mark Free‘s smooth AOR delivery, he adds a heavier and more traditional delivery to King Kobra‘s latest opus. You could even go so far as to say that this is the best Shortino has ever sounded as the music behind the voice propels him to a new level.

With such a collection of killer songs it makes you wonder how King Kobra was so prone to losing their way in the past. Nothing sounds forced on this CD as it flows perfectly from start to finish — if this album had of followed Ready To Strike perhaps these guys would have been household names during their prime. I don’t know if it is the reunion of the original line-up or the addition of Shortino that has reenergized King Kobra, but this disc stomps all over countless younger and hungrier bands.

The guitar tandem of David Michael-Philips and former BulletBoys member Mick Sweda fire things up on “Rock This House”, a song that lives up to its name and sounds like it could be an early Little Caesar track. “Turn Up The Good Times” kicks off with a Shortino shriek before morphing into a throbbing rocker while “Live Forever” drifts into AOR territory and is driven by a memorable chorus. With an intro that harkens back to Quiet Riot‘s “The Wild And The Young”, “Tear Down The Walls” has more balls than that track ever did but even better yet is “This Is How We Roll” which is easily one of the best songs these hair-sprayed rockers ever created — not only does it rock but also captures the energy of a live show. All of that is only in the first five songs, and I could go on and on, but I would eventually start repeating myself as this album is filled with unrelenting rockers and perfect mid-tempo efforts.

King Kobra is back and not only are they ‘ready to strike’ again but have firmly sunk their fangs into the world of hard rock. I’ll admit that I wasn’t sure if these guys, as a collective unit, still had it in them — now I feel like a fool for ever doubting the determination and drive of these seasoned veterans.

Reviewed by Skid for Sleaze Roxx, May 2011