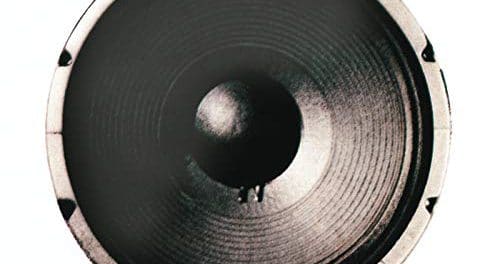 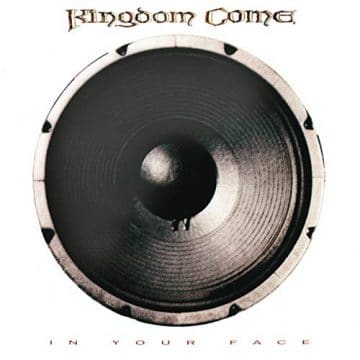 Review:
Isn’t it funny that 30 plus years after the release of Kingdom Come’s self titled debut album, and the subsequent lambasting it got for sounding too much like Led Zeppelin (despite selling well), we still have that type of criticism going on today in the form of Greta Van Fleet. I was never a big fan of Led Zeppelin but I could appreciate their influence on other bands, and songs such as “Whole Lotta Love”, “Black Dog” and “Rock And Roll” simply rock. So if Kingdom Come sounded so much like Led Zeppelin, then why did I enjoy them so much compared to the later? Maybe it was Led Zeppelin’s experimental and trippy nature that didn’t appeal to me. Maybe Kingdom Come were able to capture certain elements of Led Zeppelin and used them to create something more linear for the basic rock fan. Either way, I will admit that “Get It On” from the debut album sounds very Zeppelin-ish and Lenny Wolf’s vocal delivery is comparable to Robert Plant, but that is about it. As far as I was concerned, Kingdom Come were a fantastic rock band in  their own right.

A year after their debut album, Kingdom Come released their sophomore album titled In Your Face, which now celebrates its 30th year anniversary. Whilst it was not as popular as the debut, though initial sales were comparable to the debut, I thought it was great album nonetheless. I felt that the band was finally finding its own sound and style, leaving the Led Zeppelin comparisons behind them. Unfortunately the band would break up a mere four months after the album was released, before Lenny Wolf would reform the band with a whole new line-up a year later.

The opening track “Do You Like It” really sets the tempo for the album and blasts out of the gates with a great energetic riff. It was the perfect choice for an opening song. “Who Do You Love” channels some AOR with the inclusion of keyboards and melodic guitar producing a very commercial sounding song that could have been a hit. “The Wind” is a straight up rocker with an all too familiar intro riff and a complimentary verse riff which eventually transitions to an atmospheric mid section and guitar solo. “Gotta Go (Can’t Wage A War)” is a soothing romp with a nice melody and a catchy chorus. “Highway 6” starts off with a bit of acoustic blues and some bursts of overdriven guitar before it kicks into gear and rocks on down the highway until the closing part of the song returns to the acoustic blues groove.

“Perfect ‘O’” is a basic rocker which starts off with some power chords before the melodic guitars dual it out on a nice riff. Lenny Wolf croons the lyrics seductively and I will admit that he sounds very much like Robert Plant during the choruses. “Just Like A Wild Rose” moves along with a slow gallop before a much needed burst of guitar energizes the chorus. Ultimately though, it is the weakest song on the album and doesn’t have much life. “Overrated” brings the energy back with a driving bass line and some ringing chords before bursting into a simple yet effective chorus. “Mean Dirty Joe” is a mid tempo rocker with some great guitar work and structurally foregoes a chorus which works surprisingly well. “Stargazer” is the final track on the album and gives us an epic ending. Very similar to “Who Do You Love”, “Stargazer” starts off with a keyboard and melodic guitar intro once again taking us to AOR territory. The chorus though has similarities to Iron Maiden’s “The Evil That Men Do” which was released the year before, with an underlying guitar melody enhancing the chorus. The later part of the song, which runs for two minutes, is basically an outro breakdown with keyboards and some bursts of guitar, frequented by Lenny’s screaming vocals.

There are so many elements and great riffs to the songs on In Your Face that I find myself playing the CD regularly in my car. The recording is still crisp and clean after all these years and does not feel dated at all. If I was to complain about anything, it would be Lenny Wolf’s vocal delivery style. Too often, verse lyric patterns are structured the same way in the songs where he will sing three lines seductively and then energize the fourth line with screaming or falsetto to give it just that little bit more. This can be a bit repetitive. There are also too many times where he uses oohs and aahs, which is where the Robert Plant comparisons come into play. Otherwise, In Your Face is an enjoyable listen from start to finish.

Do You Like It by Kingdom Come. From their album In Your Face released in 1989.

Taken from “In Your Face”, the second album by the band Kingdom Come.In an interview, the band’s members talk about the title of the album, saying that when …