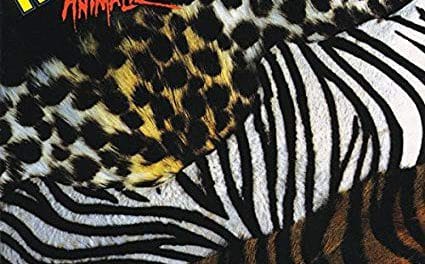 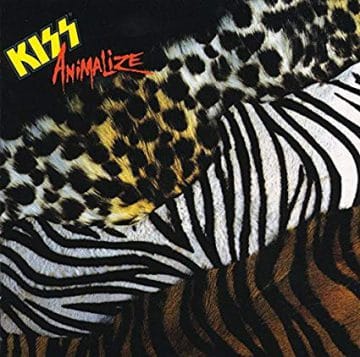 Review:
Animalize by KISS is an album I had just recently gotten on CD. I never had the need to run out and get the album before (don’t get me wrong, I’m a huge fan of most of the 1980s KISS stuff). Animalize is one album from the band that doesn’t get too much attention in terms of great songs, yet historically it has a vital role in the band.

Although Eric Carr is my favorite drummer — from any band — the album is known for maybe the cover, which is one of the few ones that doesn’t have the band on the front (Music By The Elder and Hot In The Shade being the others), along with only one song played by the band live years after the release. This album is basically Paul Stanley‘s record, with Gene Simmons providing little in the way of contribution, due to him filming the movie Runaway with Tom Selleck. This was a sore spot for Stanley, who stated in his first book that he did almost all the work, yet Simmons wanted an associate producer credit. It is historically known for being the only album featuring Mark St John, who took over after Vinnie Vincent was fired from the band.

The opening song “(I’ve Had Enough) Into The Fire” is a nice opener for the album. Coming off the success of the record Lick It Up, a heavy sound was going to be accomplished if this opener was any indication. Paul‘s singing is very nice on here, and is an underrated performance by him in terms of the 1980s work. The powerful, hard hitting style of  Carr is shown here, and almost all through the album. The guitar work from St. John (where Stanley stated that players were trying to fit as many notes and speed into a solo, thanks to the influence of Eddie Van Halen) is no different than other players of that time. This song has the familiar KISS theme lyrically of trying to overcome obstacles and not quitting.

“Heaven’s On Fire” is the song that most think of when this album is discussed, which became the band’s first of two singles. I remember loving the video when it was played (when seeing it years later as I didn’t have MTV until years after its debut) due to Eric Carr singing a small bit on the song on the second verse. Being a drummer, I always liked drummers who were also vocalists. Although very brief, his vocal ability live and on the backing tracks, was something very cool for me to see in my teen years. This song has a catchy, radio friendly chorus and groove that helped keep the band going successfully single-wise coming off of the song “Lick It Up”( the other single released on that album did not chart here in the U.S.).

Track three “Burn Bitch Burn” is one reason I avoided this release. Growing up, I was not allowed certain albums where questionable lyrics or titles were on the album, so convincing my parents to let me have this album when they saw this title was never going to happen. Even with that in mind, when I recently purchased the CD, I think the title was more memorable than the song itself. While I was listening to it, I could hear that this is not one of Gene‘s best songs (on the album and in looking at all his work), and could realize why he was not that much of a help overall on the record. It is weak lyrically, filled with too many sexual innuendos. Yes, KISS have a lot of sexual content in lyrics, but this one was just plain bad in my opinion. The only good thing about this song is the musicianship. This song actually made me think that this was the actual demo that was recorded and thrown on here to appease Simmons.

“Get All You Can Take” has Paul on lead again, and was inspired by Led Zeppelin in style. The loud heavy guitars on the song is nice, and once again, shows that this is almost a solo Paul Stanley record, coming off of the last track.

“Lonely Is The Hunter” is another song sung by Simmons, and has a more mid-tempo style than the others so far on the release. Listening to this song as a whole with the album, I could hear a different style of guitar playing than the speed on the CD so far. That’s because Bruce Kulick is the one playing on the track. When I mentioned earlier about being a history on the album, KISS fans know that St. John ended up with medical issues that affected his playing when the album was released, and prevented him from participating in most of the touring. Kulick was asked to fill in, and eventually became a member in the band. Kulick must have impressed Stanley with his playing here, and on other tracks on the album, to get him considered for the role.

“Under The Gun” is a better Gene song on the album, but is still not the best. It is a harder song, after coming off of the last track, and gets back to the loud guitars. It is almost a speed / thrash metal song. Carr‘s drumming is full of power and thunder here, which was his signature style. The song brought back songwriter Desmond Child, who helped on Dynasty and became a go-to-guy with KISS for years to come. Child helped on three songs here: “Heaven’s On Fire,” “Under The Gun” and the opening song on this album.

The only other single from the release (and one that many forget about) is “Thrills In The Night.” This song has the formula like “Heaven’s On Fire,” where there is a catchy chorus and seemed to be geared for radio and video airplay, as opposed to the other songs. The drumming is different on this single by not sticking to a powerful hard rock style that Carr was known for. Some like the song (others don’t), but I think it has a great chorus which gets stuck in your head. Simmons does not play bass on the track, instead Jean Beauvoir  (along with a few other tracks).

The best Simmons song on here is “While The City Sleeps” which is an ode to an old 1950s movie. Simmons, with his love for movies, claimed that he would sometimes read the TV Guide magazine for ideas and titles, which is where he got this one, with the theme being certain people lived during the night (like police officers, garbage men, and druggies on the street). This theme is, in a way, symbolic for KISS, who had the aura of coming to your town to take over, usually at night, by playing the local arenas and then the party afterwards (especially in the 1980s). I like the lyrics and  the musicianship on here, which is my hidden gem that some may not be aware of on this album.

Track nine, “Murder In High Heels,” again, is a Simmons song where instead of movies, he got the inspiration from a 1950s pulp fiction detective book, which he loved the title. Not to sound repetitive, but the guitar playing is different from the speed style on the majority of the songs. The rhythm is nice, and is a good ender for the album,, because I don’t think it’ll fit as well placed elsewhere. The fade out of the song is cool, as opposed to just stopping, which if it were a film, you could imagine the detective walking into the foggy street after solving the case, possibly with or without the woman by his side.

The overall product of this album is unique in several ways. There is a bunch of historical events blended into this release, with guest players and the noticeable absence of  Simmons‘ contribution (which is majorly weak when he does), along with the tracks where the listener can distinguish St. John‘s playing on the songs which he contributed. The album sold well overall, and taking nothing away from the talents of St. John, but with the exception of Eric Carr’s drumming (powerful, solid, and heavy when need to be, while backing off as well at times), this could’ve been a Paul Stanley solo release with very few memorable songs. Having a part of the band’s career, which was a bridge from  taking off the makeup to the more steady lineup of the non-makeup years, is one of the few reasons to have this in your KISS collection. This is more an historical item than one filled with solid quality songs, and this is coming from a long time KISS fan.

KISS‘ “Thrills In The Night” video: