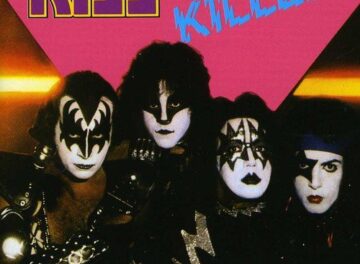 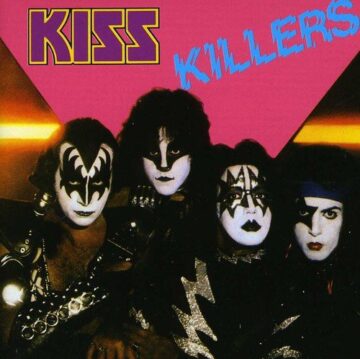 Review:
During the summer of 1982, I was a lost rock and roller in a new land. My second new land to be exact. Sure, up to that point, I’d spent the first 15 years of my life bouncing around from military base to military base but 1981 dropped me into a new non-military brat life and boy, it was sure a whole different thing. First, after years with fellow military dependents all walking to a common beat, I found my shaggy denim-wearing self surrounded by too well-off kids in a preppy school in Atlanta and then, a temporary apartment just east in Augusta, Georgia where I spent the summer alone by the pool with just my boombox. Luckily for me, with two fairly new malls and a chain of homegrown record stores, there was plenty of music to be picked up when I managed to make a few bucks doing chores. Where a box full of 70’s cassettes along with some new kicks ala the first KIX tape and KISS‘ odd release Music From The Elder got me through the Atlanta experience, come the summer of 1982, I was confused about what I might need which would end up falling somewhere between not just new sounds, but old as well.

I’d been a KISS fan for a minute and having lived in Europe in the late 70’s until we moved back to the States, I was full into the mix of sounds that moved between what we American kids brought back and forth from across the pond to what the younger European generation was digging on. Yeah, you couldn’t miss the sounds of ABBA pounding from carnival speakers and you sure couldn’t escape hearing KISS‘ “I Was Made For Lovin’ You” coming on the radio way more than anyone was used to KISS coming on the radio. To be honest, by the time I was fully entrenched into school in Germany in late 1978, most of the American kids had moved on to bands like Van Halen and Rush. KISS was considered kiddie music much like Cheap Trick in that now famous scene from 80’s teen flick Fast Times At Ridgemont High. Simply put, KISS was old hat for just about everyone I was in school with aside from a handful of “geeks” but on the other hand, to my few German friends (especially those on my German/American soccer team), KISS ala the Dynasty album was all of a sudden like this new hot thing. Heck, they even devoured the even poppier Unmasked, which might be why I ended up loving both records as much as any of the KISS albums that I loved before them.

OK, so maybe the fact that I also grew up loving as much bubblegum music as rock music probably had a hand in it too but I gotta admit, even to this day if given the choice, I’ll pick either of those two albums to spin over most of KISS‘ unmasked 80’s stuff. But that’s a whole other article and the point I guess I’m trying to make is that, the part of me that missed my brat life so much couldn’t have been happier when I walked into the record store in the then biggest mall in the south – Regency Mall in Augusta, Georgia – and laid my eyes on the cover of KISS‘ Killers. The fact that there written on the back were four songs I didn’t recognize made it even cooler — actually, more than cooler. I already had all the other songs so even though I wanted it just for the sake of having it, four new tunes made it seem even more logical even if the ultimate goal was to collect every KISS release not only on vinyl and cassette, but store them all in proper order. Yeah, Killers was a must buy after all. I even shelled out the dough for the German version of Best of the Solo Albums.

Featuring a mix of already released tracks that made KISS a fave of American teens in the 70’s and tunes that upped interest in the band throughout Europe in the early 80’s, Killers is perhaps one of the more oddball releases in the KISS catalog due to being released only outside of the United States. Supposedly, the record company decided that due to a vast amount of greatest hits releases (up to that point just the album Double Platinum), another one might be a bit much for America. Guess that sentiment would change over time as there are now so many KISS compilation releases that maybe, it’s even a bit too much for Gene Simmons to keep up with. Nevertheless, Killers ended up being an import pick up for us kids here in the US but no matter, by then, true KISS fans over here were a rock and roll minority. Funny, it only sold so-so overseas as well, aside from Norway where it broke the Top 10.

Looking at this record now, which to me is still cool as all, seems weird. You have a compilation of mostly tracks at one time more popular with American rock fans peppered with a couple songs popular in spots where the album was actually put out. You have the original release which included “Sure Know Something” and “I Was Made For Lovin’ You” while the Japanese renditions included songs from The Elder and Unmasked and Australian versions featured Unmasked songs. One has to think that maybe the idea was to push older songs to markets outside of America and to do so by “tweaking” them by making changes to songs like “Shout It Out Loud” (using a shorter version of the single mix), “Detroit Rock City” and “God of Thunder” both which appear sans their Destroyer intros.

As already a KISS fan when Killers landed in 1982, it is without a doubt the then new songs kicking off both sides that made for the strangest experience back in the day. Eventually, we would realize that the four songs were merely signs of KISS rock and roll to come ala Creatures of The Night and Lick It Up but in 1982, “I’m A Legend Tonight”, “Down On Your Knees”, Nowhere To Run”, and “Partners in Crime” were a bit much to take after singing along to some of the band’s earlier party anthems and slightly more recent poppier ditties. Initially, I felt that after the serious tone of The Elder, KISS might lighten things up a bit again and while the songs did steer back in the direction of sex, the musical vibe was a bit on the more serious sound side. While definitely way better than the extra tracks found on Smashes, Thrashes & Hits (not that that’s hard to do), the four new songs were as unexpected at the time as they were cool once we managed to realize just how cool. I imagine like myself, many fans asked why no Gene songs or even Ace songs as in the days before the internet, it was kinda this secret that Ace was moving on. Ace is on the cover for KISS sake! Maybe someone figured that going forward, all new songs on KISS compilations should be Paul Stanley sex tunes. Who knows but it has to be repeated, these four songs here (especially “I’m A Legend Tonight”) are miles and miles and miles better than “Let’s Put The X In Sex” and “(You Make Me) Rock Hard” off of that later KISS compilation. Easily.

I guess I could go through track by track with Killers but why? Most Sleaze Roxx readers already know the classic tracks and honestly, over half have more than likely heard the then newer tracks but I will at least add my couple cents in. All the old tracks rock as expected. “Nowhere To Run” is a very cool tune that sounds like it could have been left over from the session from Stanley‘s KISS solo record. “Partners In Crime” comes off like Paul trying to write a song for Gene which is not a terrible thing but maybe the weakest of the four. Kinda think he tried to rewrite this for something else down the line but anyway…”Down On Your Knees” is definitely Stanley looking into his Animalize / Asylum future as it’s catchy fun with a mild nod to the band’s earlier past but only very slight. Of the four, “I’m A Legend Tonight” is the true gem. Not only is this the best of the four “new” tunes found on Killers, it’s perhaps one of Stanley‘s best written songs and that includes many of his KISS classics. Just a great track all around. Nice edge, great melody, and a chorus that while simple, is infectious as all get out.

In 1982, KISS was in a weird place. Their once dirty hold on American rock fans relinquished and a newfound pop grasp on fans outside America was slipping. Having left a fanbase confused with concept album The Elder, KISS were working their way into a sound that would eventually evolve into their take on 80’s hair metal through first 1982 album Creatures of The Night and then return to mainstream rock form record Lick It Up. With a bit of a push from their label, the band delivered Killers and while it might not be thought of as the biggest of KISS moments, it has to be considered one of the building blocks that took the band from slowly fading rock legends to rejuvenated 80’s rock players and eventually icons. It might be said that without the new songs on Killers, KISS might have moved onto touring solely on the strength of their back catalog years earlier than they did and thankfully so because, while the setlist has rarely changed in the past 20 years or so, we can all rejoice that it includes killer tracks from their 80’s non-makeup days. Without the transition in 1982, I shudder to think what might have been.