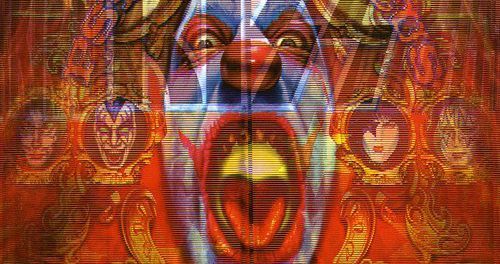 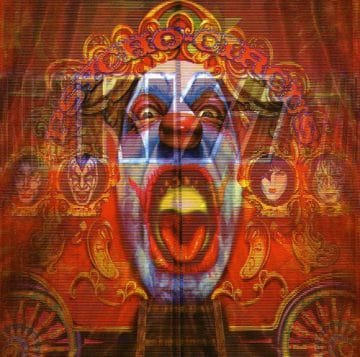 Review:
There are several things I remembered when I revisited 1998’s Psycho Circus. After coming off of the successful reunion tour with the original members, I remember being excited when it was announced that the four members were going into the studio and release an album, the first since 1979’s Dynasty album (drummer Peter Criss did not play on 1980’s Unmasked). Even though I was happy with the line-up involving Bruce Kulick and Eric Singer, I was curious to see how the original guys would get along in the studio. The second thing I remember was how cool the cover of the CD was here in the U.S. The CD cover had a cover where, when you turned it to and from you, you would either see the KISS logo, or a clown with the members of the band beside it. KISS were once again proving that marketing was key, and it was an attention grabbing cover to say the least.

When I got the CD home to listen with my friend, who became a KISS fan after years of not liking them, we felt like little kids from the past, listening to albums where we would stare at the liner notes and the album pictures while playing the songs. When the first song played — “Psycho Circus” — we felt like this was the coolest song for an opening CD. Everything about KISS was in this song; rocking guitars and drums, along with symbolism that Paul Stanley and Gene Simmons were going to take us on a journey and they were the ringmasters. I remember saying to my friend while we listened to the album that there was no way the drumming was by Peter Criss, with all these Eric Carr like fills throughout the song. Years later, it was revealed that Criss played very little on the album, and the band used unaccredited musicians on the album. Regardless, the title track was perfect for the opening song on the album, and we just knew that it was going to be the opening song when the tour came.

The second track “Within” changed the mood from the excitement of the opening song to one of dread and darkness. The party was over and we were being taken into a graveyard, or a dark tunnel ride at the circus. When listening to it for this review, I had the thought that this song would have been better off on the 1997 Carnival Of Souls album. After doing some searching, it seems that the song was indeed a leftover from those sessions. The song is alright, but after getting excited about the first track, the mood changes drastically as a whole album. Track three has the enormously long title of “I Pledge Allegiance To The State Of Rock & Roll.” Thank goodness this was not released in the 1970s on a 45 single, because the company would have never gotten the title on the label. This song seemed to be the band’s attempt at trying to create another anthem song like “Shout It Out Loud” or “Rock And Roll All Nite.” Unfortunately, it fails to do so.

“Into The Void” seems to be one of the favorites among KISS fans because of this being guitarist Ace Frehley‘s contribution to the release. This is rumored to be the only song Peter Criss played drums on as well. When listening to the other songs, the listener can see the difference in styles of drumming on this song. The guitar work on here is good, but this song does not excite me. The overall song seems cluttered. “We Are One” is a song that I actually like from the album. You can tell by listening that this is bass player Gene Simmons‘ song. According to other sites, Gene did almost all the song himself, with some help from Tommy Thayer and drummer Kevin Valentine. This song ended up released as a single in some countries, but went nowhere. The acoustic type song is one of the better songs on the album, however, when listening to the album as a whole, it may seem out of place. This song is one that I would listen to if I decided to just grab the CD and want to hear a song of two off of the release. This is an underrated Simmons song.

“You Wanted The Best” has all the members singing lead on it. I think the song details the members yelling instead of singing. The song seems an attempt at a punk song, with the song sounding like it was recorded in a garage. The next track is called “Raise Your Glasses,” which features Stanley singing about making it to your dreams. Even though I like the theme of the song, which is a common subject with KISS, this song is just another filler for me. The ballad “I Finally Found My Way” is the song written by Stanley and Bob Ezrin for drummer Peter Criss. In his book, Criss mentions that it was an attempt to be another “Beth, ” which he did not like. Criss also says he tried to sing the song like Sam Cooke. The song is pleasant to hear even though the band may have geared it to try and get a radio hit. Although many people hate ballads in the hard rock genre, compared to the other songs on the CD, this one is still enjoyable, and is the one I remember from this album besides the title track all these years later.

Track nine is called “Dreamin,” which is a Stanley sung song. The song has a similar style to Alice Cooper‘s ’70s songs, and was co-written with Bruce Kulick. This is another song that is more worthy to listen to than some of the others on here. The final track is called “Journey Of 1,000 Years” and is an odd way to end an album. The drumming has a march like cadence to it, and seems like Simmons was trying to see if a song that could have been on Music From The Elder would fly again. The song has a start like a grunge song, then towards the end, builds with orchestration that makes me wonder if they were trying to have an epic ending, like the end credits of a movie. Whatever the reason, it did not resonate with me.

Overall, Psycho Circus is a mixed bag for me. There are a few songs that I like (four out of the ten), with the album seemingly pieced together to put a release out, instead of having a collective theme throughout. Years later, after reading the stories of how the members got along during these sessions, it seems like the band members as a whole were not fully involved with the process, which shows. Being a KISS fan, there are some likable tracks on here, but not enough to rank the album as one of my favorites, or one of the first ones I will grab when I want to hear music from them. There are some songs that fit with wanting to hear a song or two, but as for sitting down listening to the album as a whole piece, it’s a struggle to get through. You can’t blame Ace, Peter, Paul and Gene for giving it a second try after all the years apart.