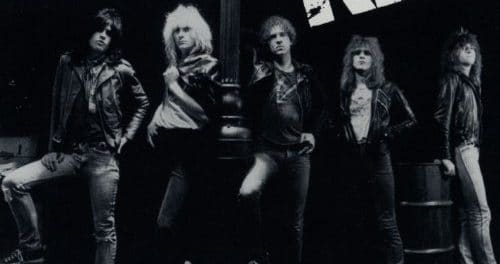 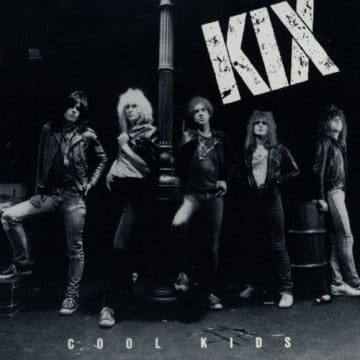 Review:
During the tail end of 1981, I was suffering through the final displacement of my father’s military career. While previous moves had merely proved another upheaval to the next exciting location, the last one was unexpectedly difficult. The late ’70s found me moving from being a simple naïve shaggy-haired bike loving kid to a guy jumping onto what seemed like a brand new thrill ride at the amusement park filled with bright lights, loud music, and of course, girls. Yeah, Frankfurt, Germany was kinda like an identity coming out party for me and to be honest, I didn’t take the news in mid-’81 about moving stateside very well. When it was further revealed that we would be moving to the “civilian” sector of Atlanta temporarily with all of our stuff in storage, it was even more frustrating. The initial shock of the possibility of up to a year minus my records and turntable was brutal and I can still remember spending half the summer in a daze trying to enjoy what time I had left while fretting about every passing second. But friends assured me, Atlanta was a rock and roll city with cool concerts and way better record stores. Too bad the kids weren’t very cool but that’s a whole other story.

I guess about right now, you’re probably thinking, “What does this whole 1981 thing have to do with Kix’s Cool Kids album?” Well a lot actually. One of the things that perked me up was finding some cassettes at Kmart within my allowance price range including AC/DC’s For Those About To Rock, Judas Priest’s Point Of Entry, The Elder by KISS, and one by a cool looking but kinda weird sounding band called Kix. The band’s 1981 debut mixed a lot of my favorite musical styles including power pop, rock, and more and as soon as you can say “Yeah, Yeah Yeah”, I was hooked and just like every other band I got hooked on, I immediately was jonesin’ for more.

By 1983, my relationship with music became not only huge, but obnoxious, distracting, and along with girls, an obsession. Despite this fact, my dad cared enough to pay attention to what bands I was into and for my 17th birthday, my folks presented me with a brand spanking new copy of Cool Kids, the latest album by Kix. My parents probably hadn’t seen me flip out so hard over an album since that day years earlier when I ran into the living room yelling that they had to “come hear the greatest album ever!” as Cheap Trick’s Dream Police blared through my open bedroom door. Kinda ironic as right from the jump, Kix kick off Cool Kids with the killer tune “Burning Love”, a very Cheap Trick sounding song.

Now, while a few years later, Kix would weave a more sleazy rock sound into mainstream MTV / Headbangers Ball hair metal era success, in 1983, the band was still making a huge rock club circuit buzz touring heavily with a style that mixed together a nifty blend of power pop, new wave, and punk that somehow managed to appeal to not only the last remains of the Brat Pack mall brigade but also rockers and to a smaller degree, fans of alternative pop.  It was different and catchy and above all, fun.

If “Burning Love” was a nod to Cheap Trick, the title track “Cool Kids” could easily land somewhere between the New York Dolls and Henry Lee Summer.  The track is one part punchy, one part fun, and a whole lotta parts summer nights even with the presence of leather jackets but then again, Danny Zuko and the whole T-Birds gang did attend the last day of school shindig in denim and leather to kick off summer so why the hell can’t Kix?

Now, even Kix won’t dare deny a love for AC/DC and if they did, “Love Pollution” would be the evidence to the contrary. Along with later track “Mighty Mouth”, the Hagerstown, Maryland rockers share the Aussie inspired love with their own spin on just good, down and dirty three chord rock and roll.  But it’s all good after all, Chuck Berry begat AC/DC and AC/DC begat just about everyone else including Kix and to this day, rockers around the world are grateful. As Kix would show the next few years, the rock influences only started with AC/DC but also obviously included some Cheap Trick and more than likely the Rolling Stones but who’s counting? Show me a band that doesn’t wear their influences SOMEWHERE. If not on their collective leather and denim sleeves, then maybe at least on the inside of their blue jean back pocket.

Now fans of later Kix might not find much to rock about on the next two tracks — “Body Talk”, a tune co-written by “Hot Child In The City” Nick Gilder, and “Loco-Emotion” — as they veer a bit closer to the band’s early new wave edge and may sound more like tunes that an early ’80s MTV pop act might have released but for their credit, even on their later releases, Kix never failed to include all the shades and styles that made them more than just an AC/DC / Cheap Trick clone. It’s this odd mix that makes Kix sound like Kix and despite not finding larger ongoing mainstream success, the band can boast that on any given Kix album or song, blatant influences or not, they sound like Kix and a lot of that has to do with having the love and balls to be Kix no matter what. I mean, I have always loved that other “KI” band KISS but while they were flirting with disco and later trying to look like Bon Jovi because it was what was hip at the time, Kix played what they played simply because that was Kix at the time.  You can’t necessarily pinpoint it to the time because the odd additions kept popping up in later albums and for me, a lover of all kinds of music, it only added to the fun. Still does. Luckily for rockers who just can’t shake of the “cool” to buy into the odd side of Kix, there are as always plenty of cool rock and roll tunes on Cool Kids.

“Nice On Ice” kinda falls in line with the same fun groove of the title track while “Get Your Monkeys Out” continues the band’s knack of adding ’70s pop culture kiddie references filled with sexual innuendos. It’s kinda like watching old Saturday morning cartoons on the carpet naked with your best girl and ending up somehow covered in Fruity Pebbles… not sure who told me that once might have actually been a member of the band but who knows?

For a band that hit the big time partly due to a ballad years later, Kix have always had some sort of “love” tune and in this case it was “For Shame” — a tune that gives a wink to once again The Stones and in some ways early Rod Stewart. For reminiscing alone, this one remains my favorite Kix ballad to the point that I’ve even covered it acoustic over the years but, before we get too far under the crawl of the hard rockers…

…Kix do polish off Cool Kids with driving rocker “Restless Blood” leaving the listener with a final reminder that despite the many shades and hues, at the end of the day, Kix are simply a great rock and roll band and one just as suited for a dirty bar stage as they are a big arena or festival stage. To this day, if you go to a Kix show and don’t have fun, it’s your fault plain and simple. Or maybe you just need to loosen up and stop trying to be a cool kid!

So yeah, Cool Kids, a pretty cool 1983 record by a very cool band and one that if you haven’t yet, you should add to your collection.