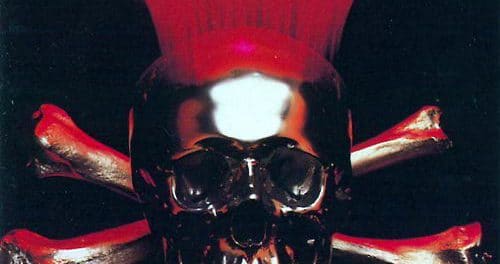 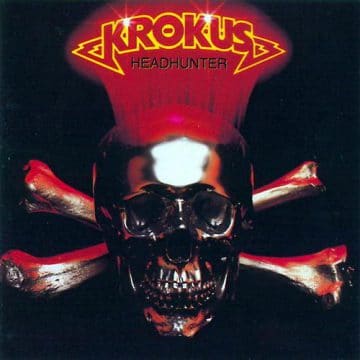 Review:
One of the coolest nights in my sweetly cherished rock and roll memory happened on June 30, 1983.  That day, some friends and I piled into an old Volvo (complete with a trunk full of beer that once again we managed to pick up despite being too young), and made our way to the river before finally heading to the Augusta Richmond County Civic Center for a night of rock and roll featuring Def Leppard, Krokus, and sometimes solo / sometimes Thin Lizzy guitarist Gary Moore. Stepping out into the humid Georgia afternoon failed to keep us from donning the traditional rock and roll garb of denim and leather, complete with rock and roll patches, buttons, and tee shirts. For me the addition of my beloved bandana would even prove crucial later in the eve.  Somehow all those details seems tiny but looking back, they all seem to color a time in history where many important things crash together to create a pile of personal historical significance. Perhaps no different than any other youthful memory of this tour, the facts still help recount a time when some of the most important music in hard rock history hit the airwaves and the tour trail and in this case, it featured not only the great Gary Moore, but Def Leppard headlining in support of the incredible album Pyromania with Krokus and their key album Headhunter in tow. This would be a night filled with fist-pumping anthems galore and while most in attendance were at the time greatly enamored with Leppard and their latest release (who wasn’t?), I was still most excited to see Moore and Krokus having grown up loving and seeing both live in Germany — Krokus at a Golden Summer Nights Festival and Moore with Lizzy.

First introduced to Krokus at that concert around 1980, I officially fell in love with the band in 1982 after hearing (and taping) a live concert on Atlanta, Georgia’s 96Rock radio. I couldn’t shake the song “Long Stick Goes Boom” out of my head and shortly after, picked up One Vice At A Time, which featured that tune as well as a blistering cover of the Guess Who’s “American Woman.” Shortly after, I picked up Hardware and those two Krokus albums along with AC/DC’s For Those About To Rock, Ozzy’s first two solo albums, and Leppard’s High ‘N’ Dry became my go to hard rock blasts the summer of 1982. While I was still not happy that I had to leave Germany, I was over the moon about not being in Atlanta anymore and with boombox in hand, I was more than ready to make my presence known in my new home. Who could even fathom the beautiful onslaught of hard rock that would drop the following year including career changing releases by Def Leppard and Krokus.

While history shows Leppard to be masters of the power ballad, few can argue that Krokus’ “Screaming In The Night” is as close to a perfect power ballad as has been recorded. But despite its status as a now classic metal track, it is but a small piece of the pile that makes up Headhunter. It’s funny to think that Krokus are sometimes referred to as an AC/DC knock off. While I love me some AC/DC, I’ve always felt that Krokus were a bit more hard rock while Malcolm Young and the crew leaned more towards a bit of edgy boogie woogie rock and roll. While perhaps you can hear some similarities on second track “Eat The Rich”, opening album title track “Headhunter” falls in line more with driving metal songs by the likes of the Scorpions or Judas Priest.  First time I put this album on, I about headbanged myself unconscious which is not surprising, “Headhunter” has just about everything required to be a kick-ass hard rock album opener and as far as headbanging is concerned, is aptly named.

As the second single from the album, “Eat The Rich” also got a good bit of radio and video play and to this day remains a great anthem to crank. The stop and go build up on the verses makes for an incredible lead up to what ultimately is a great pre-chorus and simple anthem sing-long chorus. I’ve always loved the tempo changes leading up to the solo break and the lead work is intensly great. I have always felt that guitarist Fernando Von Arb never got his due for not only his superb playing, which was capable of being just as melodic as manic, but his songwriting as well. To this day, along with founding member Chris von Rohr, von Arb remains a key part of the Krokus machine.

What can be said about “Screaming In The Night” that hasn’t already been said in piles of praise. From the sound of the wind and slow build in melodic volume to the moody guitar leads, eventual introduction of guitar and bass and gorgeous Spanish style lick before the vocals slide in, “Screaming” starts off in the most haunting of ways. It is as eerie as it is beautiful and sets the perfect scene for the story to be told. The duel verse before the chorus even kicks in would one day become a favorite style in my own writing and here creates a perfect wait for the chorus, which is also as dark and eerie as it is beautiful. Catchy and hooky, it is one of the best fist-raisers in rock and roll to this day. Once again, the lead work is perfect and on par to anything deemed classic during the heyday of ’80s hard rock and metal. And Marc Storace‘s vocals? Purely phenomenal.

Returning to driving rock to close out side one, “Ready To Burn” is a classic chugging ode to cars and speed (maybe a rocker’s two favorite things after gals, booze, and rock and roll) and while this anthem of a tune is full of auto-centric references, it could be said that in all actuality, it could be a nod to all the things mentioned that rockers like, in particular, gals and cars. Then again, it can never be said that the double entendre doesn’t have a cherished place in rock and roll. “Night Wolf” gets things running hard and fast again on the flip side and makes no bones about it. This track is straight up about cutting loose after working all week. OK, maybe “cutting loose” is an understatement as at one point Storage screams that he is “looking to get laid.” Why beat around the bush when you can get straight to the point and in 1983, half the dudes into rock and roll could relate to needing to let off a bit of pent up steam. If you say otherwise, then man, you really weren’t there.

Now “Stayed Awake All Night” isn’t the first time Krokus turned to classic Canadian rock for inspiration. The band had already covered the Guess Who classic “American Woman” a year earlier and for Headhunter decided to put their Swiss stamp on this track by ’70s Winnipeg rockers BTO.  This interpretation gives a whole new life to a classic rock track while keeping true to the song, something that over the years Krokus have been able to do with great effect when covering songs. While the band certainly “own it”, there is no mistaking the song including the handling of the duel leads. Every ’80s rock album can use a battle cry and on Headhunter, that anthem is “Stand And Be Counted” — a tune that sits alongside rock and roll anthems by the likes of everyone from the Crüe to Quiet Riot as tracks that can get an audience… well standing. It has everything an ’80s anthem about standing up for rock and roll needs including chanting chorus, killer lead, and pounding drum break. While hardly original in theory, this feel good, uplifting, pep talk of a track does the job of pumping things up.

To this day, I am not sure why the track “White Din” even exists as anything other than a lead up to closer “Russian Winter.” I’ve often wondered why it wasn’t just left off or even added as an intro for the last song although I never really felt the two sounded remotely connected and hey, maybe they aren’t meant to be who knows. If not, that makes me even more confused to why Krokus even included it on Headhunter. One thing is certain though, “Russian Winter” is a killer track and finishes off things with yet another great hard rock tune that is as melodically catchy as it is rocking.

While it may not have found a place in hard rock history as high as albums like Pyromania, Quiet Riot’s Metal Health, and several other ’80s essential classics, it has to be noted that Headhunter (and in particular “Screaming In The Night”) is a crucial piece of the ’80s hard rock story. Whether you call it hard rock, hair metal, or even sleaze rock, it could have never happened without all the parts coming together, from every little bolt to the biggest screw and Krokus and Headhunter are a big part of that. Matter of fact, it could also be said that until their reformation years later, that Headhunter was the group’s last true hard rock album as Krokus fell into a bit more commercial sound and look a la ’80s American glam rock over their last three albums in the ’80s. While they continued to rise and had success over those albums, they could not hold a classic candle to the greatness that is Headhunter.

Referring back to that concert in Augusta in 1983, and that bandana, during that most kick ass of concerts, a funny and unexpected ”community” thing happened. While I somehow managed not to get a drop of beer on myself tossing back brews down at the river, I would not make it through scott free the entire night. As Von Arb emptied out a large cup of beer into crowd the audience parted and the majority of it found its way to my face as I was distracted by a girl who would so graciously take the bandana from around my neck and wipe off my face before doing so to her own and passing it off to clean off the faces of those around us. For my trouble, I never got my bandana back, but the lovely company by the river to finish off the beer after the show was well worth it.

“Screaming In The Night”?  A “Night Wolf” never kisses and tells.

Krokus‘ “Screaming In The Night” video:

Krokus- “Screaming in the Night”

“Screaming in the Night” was the band’s biggest hit to date, and is still played on classic rock radio stations. It is featured on the 1983 album Headhunter.