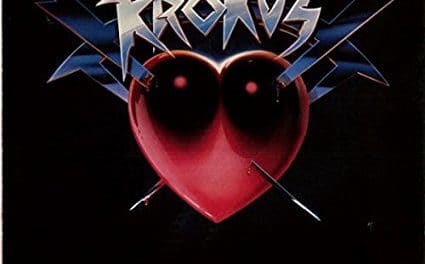 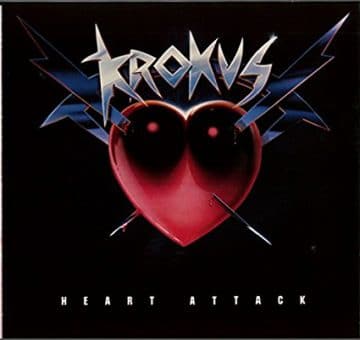 Review:
Krokus named their 1988 release Heart Attack and it was an appropriately named album if there ever was one. It’s basically Krokus flatlining once and for all after a  promising start career wise in the early 1980s.  By the end of the ’80s, Krokus and more importantly their creative gas tank was on empty….

The dry up started back in 1986 with the Change Of Address album where Krokus got all glammed up and put out a stinker of an album. I bought it and was fooled by the zany Swiss fellows. Krokus in the picture below would have had their asses handed to them if they were involved in a street brawl against the Village People! Swiss Cheese…. 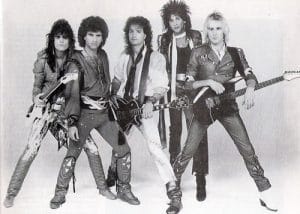 After the  Change Of Address fiasco,  I stayed the course and bought the awful live album Alive And Screaming.  The awful part was the recording of  it. I think I only listened to it a few times as the sound was atrocious. The cover was goofy…. see the picture below… 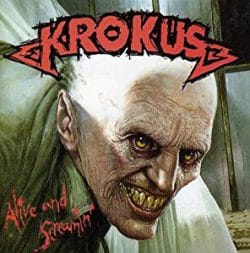 1988 and Krokus ditch the glam look  and went for a street look and a back to basics kinda vibe while trying to release a rock n’ raw album. Like a true music fan boy, I bought  Heart Attack in the summer of ’88 on CD….

The verdict…. Not good! It’s surprising that outside the drummer, this is the classic line-up that demolished my senses with the Headhunter release from 1983. Von Rohr split before The Blitz album from ’84 and returned here to salvage a sinking ship but it was too late….

Code Blue… The songs…. The only song I recall even somewhat liking in 1988 was “Let It Go.” The production handled by Von Rohr and Von Arb is decent enough but that isn’t gonna salvage the tunes…