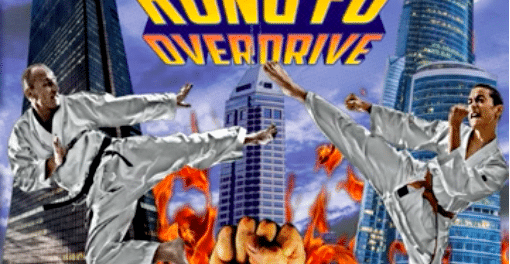 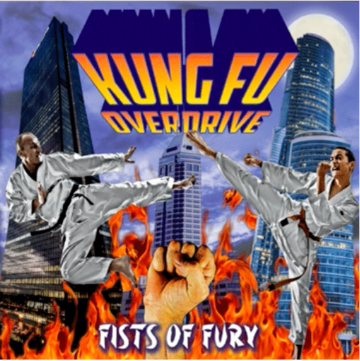 Review:
One big change since the advent of the Covid pandemic has been the amount of driving that I do. It has decreased in a major substantial way as I have been working from home for almost two years now. Unfortunately, my number one time period to listen to music also evaporated during these last two years as I had gotten into the habit of listening to music while driving. While I obviously have still been listening to music since the Covid pandemic shut things down, I always found that listening to music while driving helped me to focus on really listening to the songs. It’s just not the same thing listening to music when you’re sitting at a computer working because you end up focusing on the work itself rather than the music that you are listening to. I found that in that situation, I seemed to often end up forgetting what I heard given that it just served as pleasant “background” music. But that simply isn’t the case when I am driving where music really comes to life.

Accordingly, I was looking forward to my car trip from Toronto to Ottawa (for business reasons) with my long-time friend and music lover Rich Dillon who co-runs the very cool CGCM podcast, internet radio station and website (along with Wally Gator). The trip from Toronto to Ottawa is roughly anywhere from four to five hours one way so there would be lots of time to listen to and focus on some music during that time. Although my friend Rich listens to music mainly in digital form, I am still “stuck” mainly listening to music from CDs. Had we been able to hook up Rich‘s cell phone to my car stereo, the music selection would have definitely received some significant input from Rich but since we were not able to do so, we just had the bunch of CDs that I grabbed for the trip consisting of the Scorpions‘ new album Rock Believer, Shakey Deville‘s debut EP, Striker‘s last two studio albums Striker (2017) and Play To Win (2018) given that I would be seeing them in concert later in the week (my first concert in more than two years), Thunderor‘s debut album (they are one of the opening acts for Striker), Kissin’ Dynamite‘s sensational new record Not The End of The Road and Kung Fu Overdrive‘s debut four-song EP. There were likely a few other CDs on hand but we didn’t get to them.

As it turns out, one CD ended up dominating the trip and especially when I drove back from Ottawa to Toronto by myself. Let’s just say, that one short four-song CD kept spinning for almost three hours in a row and it seemed to get better and better each time that I listened to it. Now normally, I would be put off by a silly album cover and/or a strange band name but knowing that former American Bombshell guitarist Steve Boyles was one of the band Kung Fu Overdrive‘s founders, I had a feeling that the songs would be pretty good. I had also previously heard Kung Fu Overdrive‘s debut single but I’m not sure whether it made its way onto the four-track EP Fists of Fury. Whatever the case, my initial feelings that the songs on Fists of Fury would be “pretty good” turned out to be inaccurate. They are simply terrific and the songs get better as you go from the first track to the absolutely incredible EP title track.

I always love listening to an unknown band for the “first time.” The first note often sets the tone for the entire album and upon listening to the opening guitar riff for the EP opener “Automatic”, I couldn’t help but think how much I liked the guitar sound and tone. The next big and likely determining factor was going to be the lead vocals. I was a little wary in that regard given that the CD listed both Boyles and his bandmate Wayne Griffith as handling singing duties. Boyles wasn’t the lead vocalist during his time in American Bombshell so the lead vocals were a real question mark in my mind for Kung Fu Overdrive. I can’t say that I was initially enthralled with the singing on the Fists of Fury EP but the more I listened to it, the more that I enjoyed both singers’ vocal deliveries, which seemed pretty similar. I did reach out to Boyles at one point to ask him which songs that he had lead vocal duties to which he replied “That Girl.” When listening to that song, it seemed to me that both Boyles and Griffith were trading lead vocals during the song but perhaps I am wrong in that regard.

Kung Fu Overdrive‘s songs are pretty straightforward, catchy, upbeat and fun. Each song feels like you are hearing a short story from “That Girl” where the lyrics end up stating ‘That girl is evil’ to “Kung Fu Overdrive” which I take to be the band’s tribute to rock n’ roll will never die. In some ways, Kung Fu Overdrive‘s songs remind me of The Pursuit of Happiness‘ fantastic single “I’m An Adult Now” (I only know that one song from that group) where I feel that the lyrics are fun and really have a story telling feel to them. All of the songs on the Fists of Fury EP feel positive and even when Boyles is singing ‘That girl is evil.’ The highlight of the EP is undoubtedly the title track which rocks from start to finish, and which simple but witty lyrics are really fun to sing along to. The ending of the song is particularly well done with four chants of ‘Fists of fury’ before the song switches very briefly to an Asian sound that most will have heard before (but that I can’t identify for you). “Fists of Fury” should be the band’s live set closer for many years to come.

Overall, I find that Kung Fu Overdrive have hit a home run with their new EP and the old adage “don’t judge a book by its cover” definitely applies to both the band’s name and EP cover. I am confident that whenever I play Kung Fu Overdrive‘s debut EP Fists of Fury, I will be rocking and singing along each and every time that I listen to it. Well done gentlemen! I can’t wait to hear the next album!