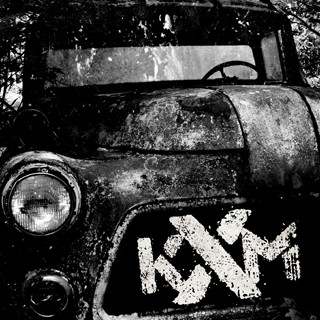 Review:
Former Dokken guitarist George Lynch has many irons in the fire with projects that, at any given time, include his solo stuff, Lynch Mob, T&N and the upcoming project with Stryper vocalist Michael Sweet. One project that has been talked about for months, and that has finally seen the light of day, is the collaboration with King’s X bassist/vocalist dUg Pinnick and world class drummer Ray Luzier, who has played with Army of Anyone, David Lee Roth, and is currently with Korn.

The trio call themselves KXM — short for Korn, King’s X and Lynch Mob — and while not the most creative name, or even the best album title, it’ll have to do. Sound wise KXM isn’t that far removed from something you’d hear on a King’s X album, meaning great bass lines with soulful and dynamic vocals. The only difference here is that you have ‘Mr. Scary’ laying down his trademark guitar licks to this massive sounding music. And we all know Luzier has chops, however on this album he hangs back and plays in this impenetrable pocket alongside the grooves laid down by Pinnick.

KXM features a collection of cohesive and brilliantly sequenced songs that make for a fabulous listening experience. The standout tracks are “Rescue Me”, “Gun Fight”, “Sleep”, and “Love”. There’s nothing flashy or gimmicky here, just stripped down abstract thinking man’s rock. While it’s unlikely that KXM will tour behind this particular effort due to each member’s commitment to their respective bands in 2014, let’s hope there is at least another record.