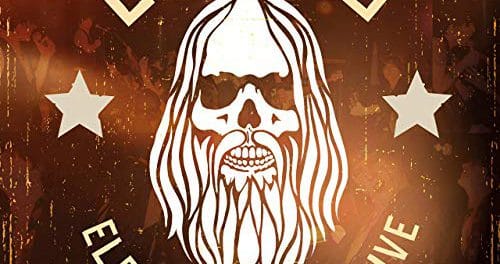 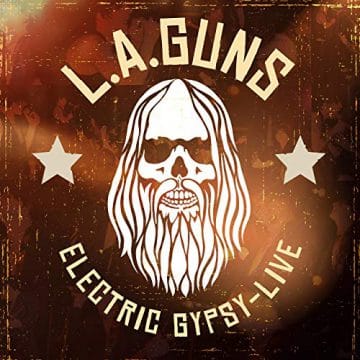 Review:
One release that has really flown under the radar so far this year is L.A. Guns’ Electric Gypsy Live CD/DVD, which was released by Secret Records in May 2019. This is not surprising since Electric Gypsy Live was released at just about the same time as when drummer Steve Riley was playing his first gig under the name L.A. Guns without either Phil Lewis or Tracii Guns in the line-up at the prestigious M3 Rock Festival in Columbia, Maryland, USA. Leading up to Riley‘s version of L.A. Guns playing the M3 Rock Festival, Lewis — who had deserted Riley in favour of Guns a couple of years back — and Guns were quite vocal and negative about this second version of L.A. Guns, which also featured “original” bassist Kelly Nickels. Lewis‘ comments in particular — such as Nickels not ever being able to play bass and Riley‘s ability to play drums having deteriorated to the point that he couldn’t play anymore — were rather petty, almost ridiculous and easily rebuked as soon as Riley‘s version of L.A. Guns took to the stage at M3 this past May.

Both versions of L.A. Guns never seemingly mentioned the release of Electric Gypsy Live and one look at the album information will tell you why. Electric Gypsy Live is a recording dating back to April 2003 when Riley and Lewis had decided to forge ahead as L.A. Guns without Guns who had decided to go with Nikki Sixx in the rather short lived Brides of Destruction. The supporting cast for Riley and Lewis turned out to be a rather formidable one with guitarist Brent Muscat (Faster Pussycat, Sin City Sinners, Saints of Las Vegas, Alley Cats LV), Adam Hamilton (who had just played on L.A. Guns‘ Waking The Dead album released in 2002) and guitarist Keri Kelli (who would go on to play with Adler’s Appetite, Alice Cooper and Night Ranger). I must say that I knew that Muscat and Kelli had had short stints in L.A. Guns but I never realized that they both played in the band at the same time. Hamilton turned out to have arguably the second longest tenure as a bassist in L.A. Guns so he is easily in the top four bassists (along with Nickels, Scotty Griffin and Johnny Martin) that have played in the band. Suffice to say that the line-up of Lewis, Riley, Hamilton, Muscat and Kelli could likely stand up to any of L.A. Guns‘ other line-ups except perhaps for the classic line-up of Lewis, Guns, Riley, Nickels and Mick Cripps.

Interestingly enough, Electric Gypsy Live has previously been released as Hellraisers Ball in 2008 but I was not aware of that release until I recently purchased Electric Gypsy Live. In any case, I was quite curious to see how L.A. Guns would sound with Muscat and Kelli in the line-up. I’ve seen seven different versions of L.A. Guns live over the years (including the classic line-up in 1990) and the one showcased on Electric Gypsy Live seems just as good as any version that I have seen. What intrigued me about Electric Gypsy Live is that there are quite a few songs that don’t ever get played by L.A. Guns in a live setting anymore such as “Beautiful” and “Revolution” and others that seemingly get omitted such as “Hellraisers Ball” and “Long Time Dead.” The thing that surprised me the most while viewing the DVD (which is rather dark and kind of bland) was Kelli‘s guitar tone, which sounds really great. The energy displayed on Electric Gypsy Live is impressive and the band seems quite into it with Muscat even playing a large chunk of a guitar solo with his guitar on his back and a sweaty Kelli running around the stage throughout the performance. Lewis is his usual charismatic self seemingly speaking to the crowd off the top of his head such as not having an acoustic guitar for “Long Time Dead” and telling the crowd that they can figure out what the next song will turn out to be.

If it wasn’t for Electric Gypsy Live, I would have likely never realized that Muscat and Kelli played together in a L.A. Guns line-up. While at the time, the line-up might not have been that impressive with two youngsters in Adam Hamilton and Keri Kelli, time has shown that both of them turned out to have impressive music careers with Hamilton getting into production while Kelli going on to play in Adler’s Appetite, Alice Cooper and Night Ranger. Muscat of course already had quite the pedigree having played on Faster Pussycat‘s first three studio albums. Overall, Electric Gypsy Live is a fun release and shows that there are many different L.A. Guns line-ups that really rocked. It’s too bad that this line-up never recorded a studio album together but at least we have this live release. I am not sure why Secret Records decided to re-release Dreamcatchers‘ Hellraisers Ball but I am certainly glad that they did!