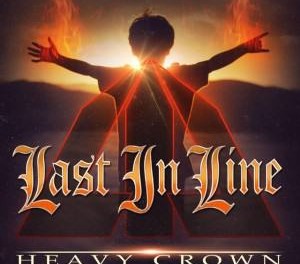 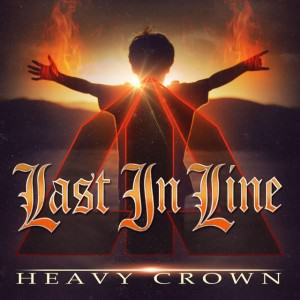 Review:
I have always thought that the first three Dio albums were the best ones released by Dio, the band. Featuring the steady line-up of Ronnie James Dio (R.I.P.) on vocals, Vivian Campbell on guitar, Jimmy Bain (R.I.P.) on bass, Vinnie Appice on drums and Claude Schnell on keyboards. Don’t get me wrong. I like every release that Dio released as a band. It’s just they seemed to have a really defined sound for the first three and the sound varied somewhat with the revolving line-up of musicians that followed the original line-up.

Needless to say, I was kind of excited to hear that the original band members were uniting with a new singer to put out a new album, a tribute of sorts to Ronnie James Dio who, sadly, passed away from stomach cancer in 2010. Last In Line have enlisted Andrew Freeman as their lead vocalist. Freeman has a great voice with a lot of personality to it, but he’s no Ronnie James Dio. But, that’s okay. That’s not his fault and there will only ever be one Ronnie Dio. He was a legendary singer and performer.

So, what’s the verdict, you ask? Well, I had hoped to hear an album that sounds like a Dio album with a different singer. My wish was partially granted. The first track “Devil In Me” kicks off and sounds like it would have easily been a bonus track from Holy Diver or The Last In Line. The same goes for the second track “Martyr” although I have a hard time picturing Ronnie singing this one. The opening riffs of “Starmaker” have the classic Vivian Campbell / Dio era sound, but the song moves in a different direction that is more suited for Freeman‘s vocal style than anything Ronnie would have done. “Burn This House Down” is another track that has some slight reminders to their old sound, but it too takes a different path.

Now, before you start to think that I don’t like these songs, let me say that these songs are really strong and I really like them as well. So, if you’re expecting to Heavy Crown to sound just like Dio throughout, you might be a little disappointed. However, if you give this a chance, it’s really a strong, classic sounding metal album. Again, there are classic shades and overtones of the original band’s sounds but, ultimately, I think they made a wise choice of not trying to duplicate history, note for note. I’m sure the band was fully aware of that fact. After all , they named the album Heavy Crown, which is presumably a reference to the fact that Ronnie would be impossible to replace as the “King Of Rock N’ Roll.”

“Blame It On Me” is another standout track that sounds like classic Dio. Overall, I was really impressed with this album. Going into it, I wasn’t really expecting much, but I was pleasantly surprised and would venture to say that it’s one of the best albums that I’ve heard so far this year. Unfortunately, Jimmy Bain also passed away, just weeks before this album was released, so it really is a tribute to two fallen bandmates. Vivian Campbell is on fire with many of his solos and it really takes me back to my youth. Strangely, Claude Schnell was absent from the recording of Heavy Crown, even though he reunited with the other members through 2015.

Honestly, my first thoughts on this reunion was that it was probably going to be a bust. You can’t reunite Dio without Ronnie. But, luckily, what Last In Line released is a fitting tribute that sees old friends reunite and not attempt to rip off or tarnish the legacy of Dio in any way. In fact, they revisit the past just enough to make you remember how great this line-up was and yet create a natural progression of sound by all of the musicians involved, that leaves you eagerly waiting to see if they will release another album after the loss of Bain. Somehow, I think Ronnie James Dio must be looking down from the stars with an approving smile.

Production:
Produced and engineered by Jeff Pilson
Mixed and mastered by Chris Collier